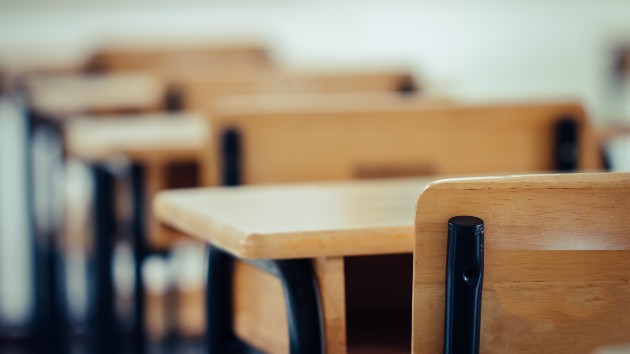 smolaw11/iStock(PORTLAND, Wash.) — A high school principal has publicly apologized after a Facebook post she wrote surfaced suggesting that Kobe Bryant deserved to die in the helicopter crash that killed him and eight others on Jan. 26.Liza Sejkora, principal of Camas High School in Camas, Washington, has found herself embroiled in controversy after she wrote a Facebook post the day that Kobe Bryant died that said: “Not gonna lie. Seems to me that karma caught up with a rapist today,” according to a screen grab of the post that made the rounds among students within the Camas community over the past week and was obtained by ABC News’ Portland affiliate station KATU-TV. Sejkora confirmed that the post was indeed hers. Sejkora, who has been the principal at Camas High School for the past three years, admits that it was only last year when she counseled staff and students at the school about being careful about posting online and how it could adversely affect your life.Sejkora now says that she regrets the post and wants to keep her job.“I have some personal experience that generated the visceral reaction,” Sejkora told KATU on Tuesday. “This was a situation where I didn’t think before I posted, and I’m terribly regretful about that.”But not everybody is satisfied with her apology.“Honestly, I think she should step down, personally,” said Logan Schmidt, a senior at Camas. “Those types of things, you just really can’t be saying that. You know, it is one thing if it is another student or someone else said that, I would still have the same feelings. But when you are a public figure and people look up to you and you are the principal of a school full of kids and you say something like that? I mean, you are definitely set to a higher standard. That’s ridiculous. You can’t be saying that.”Superintendent Jeff Snell said that the school district sets a high standard for staff and this situation “did not meet that standard” but that he would support Sejkora in rebuilding trust within the community after she apologized.“I’m embarrassed that I made such a poor decision and let down my students,” said Sejkora. “We communicated with our community last night, my teachers yesterday, and then the students today. I’m hopeful that my regret will garner me some trust moving forward.”Kobe Bryant was accused of sexual assault by an employee at a Vail, Colorado, hotel in 2003. Bryant always denied the encounter was nonconsensual and the case was later dismissed after the victim said she did not want to testify and the two parties settled a civil suit.Bryant, 41, and his 13-year-old daughter Gianna “Gigi” Bryant were among nine people who were instantly killed after the helicopter faded from radar just before 10 a.m. local time in Calabasas, California, on Jan. 26. Copyright © 2020, ABC Audio. All rights reserved.