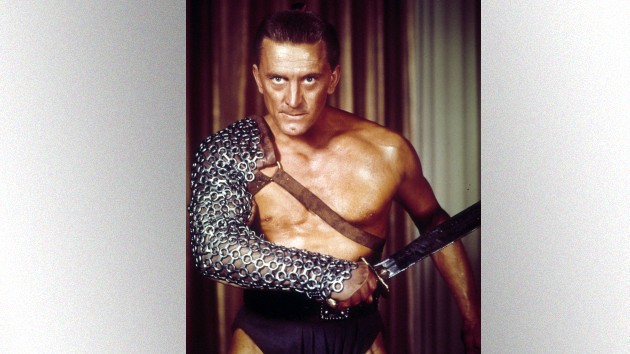 In a statement on Instagram, Michael Douglas said, “It is with tremendous sadness that my brothers and I announce that Kirk Douglas left us today at the age of 103. To the world, he was a legend, an actor from the golden age of movies who lived well into his golden years, a humanitarian whose commitment to justice and the causes he believed in set a standard for all of us to aspire to.”

“But to me and my brothers Joel and Peter he was simply Dad, to Catherine, a wonderful father-in-law, to his grandchildren and great grandchild their loving grandfather, and to his wife Anne, a wonderful husband,” he continued.

“Kirk’s life was well lived, and he leaves a legacy in film that will endure for generations to come, and a history as a renowned philanthropist who worked to aid the public and bring peace to the planet,” Michael added. “Let me end with the words I told him on his last birthday and which will always remain true: ‘Dad — I love you so much and I am so proud to be your son.’”

Douglas, born Issur Danielovitch, in Amsterdam, N.Y., was the only son of Russian Jewish immigrants.  After college, he attended the American Academy of Dramatic Arts, where he met his first wife, Diana Dill, mother of his sons Michael and Joel.  He made his Broadway debut in 1941, and after a stint in the Navy during World War II, he returned to Broadway.

On the recommendation of Lauren Bacall, Douglas was signed to a movie contract and made his film debut in 1946. In his career, he appeared in more than 80 films before retiring in 2004.  He received three Best Actor Oscar nominations for the films Champion, The Bad and the Beautiful and Lust For Life; the latter featured him as painter Vincent Van Gogh.

Douglas played a rebellious slave in one of his best-known films, Stanley Kubrick’s Spartacus, and broke the Hollywood blacklist by adding blacklisted writer Dalton Trumbo to the credits of the film.  He considered it one of the most important moments of his career.

Douglas owned the rights to the Ken Kesey novel One Flew Over the Cuckoo’s Nest, which his son Michael succeeded in making into a 1975 movie.  It won Best Picture, Director, Actor, Actress and Screenplay, and Douglas once claimed he’d made more money from the movie than any he’d ever appeared in.  He regretted being to old to play the part of McMurphy; Jack Nicholson was cast instead.

After suffering a stroke in 1995 and learning how to speak all over again, Douglas became an unofficial spokesperson for stroke victims.  In addition, he and his second wife Anne donated millions to various charities.

Douglas is survived by his wife Anne, his sons Michael, Joel and Peter, and many grandchildren.  His youngest son, Eric, died in 2004.