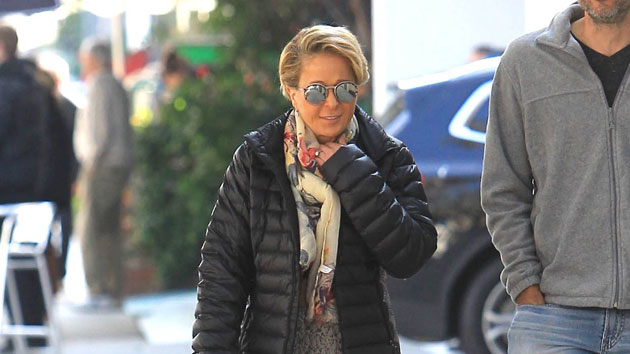 SMXRF/Star Max/GC Images(WASHINGTON) — Secretary of State Mike Pompeo suffered the wrath of Lisa Simpson and “The Simpsons” fans Wednesday after he tweeted an animated clip from the show to mock House Speaker Nancy Pelosi after President Donald Trump’s State of the Union address Tuesday night.Pompeo tweeted a GIF Tuesday night from a season 3 episode of “The Simpsons” — “Mr. Lisa Goes to Washington” — showing a crying Lisa Simpson ripping up an essay she wrote for a national contest in response to Pelosi ripping up a copy of Trump’s speech. Almost immediately after his tweet, “Simpsons” fans lambasted the secretary of state on Twitter.

Yeardley Smith, the actress who’s the longtime voice of Lisa, also had some strong words for Pompeo Wednesday morning.”I might just add f*ck you @mikepompeo for co-opting my character to troll @SpeakerPelosi . Be a leader and fight [your] own fight! Oh, wait I forgot, you’re a follower,” she tweeted.Former showrunner Bill Oakley also criticized Pompeo.”Mr. Secretary of State please do not ever ever ever use Simpsons material in your twitter or watch the show or refer to it in any way,” Oakley tweeted.Some fans claimed that Pompeo’s snark completely missed the message of the episode. After Lisa discovers a congressman’s illicit activities, she loses faith in democracy and rewrites her essay to reflect her anger, claiming, “The truth must be told.”At the end of the episode, Lisa’s revised essay exposes the congressman’s corruption and he’s arrested by the FBI.”It’s amazing that even horrible people love The Simpsons. But to be clear, Lisa would hate Mike Pompeo more than the fictional politicians she’s crying over in this episode,” tweeted Allie Goertz, the co-host of the Simpsons podcast Round Springfield.Pompeo has used his Twitter account to attack female critics with snarky comments, including NPR reporter Mary Louise Kelly, whom he allegedly cursed out during a tense interview over the U.S.’s relationship with Ukraine. Copyright © 2020, ABC Audio. All rights reserved.