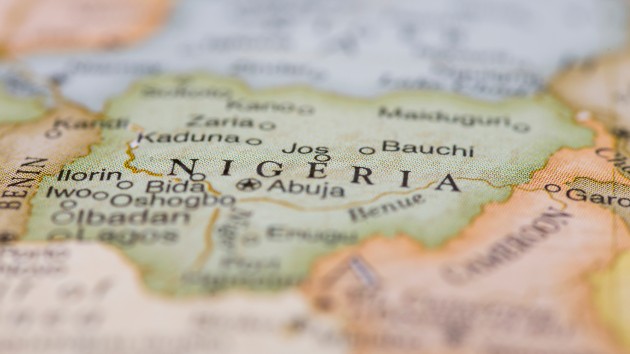 kylieellway/iStock(WASHINGTON) — The Nigerian government was “somewhat blindsided” by President Donald Trump’s new travel ban on the country, its top diplomat said in Washington Tuesday.Nigeria, the most populous country and strongest economy in Africa, was added Friday to the list of countries facing visa restrictions to the U.S., along with three other African countries — Eritrea, Tanzania and Sudan — and two Asian countries — Myanmar and Kyrgyzstan. With their addition, nearly a quarter of the continent, which is the world’s youngest and may soon be its most populous, will be restricted from immigrating to the U.S. — even as the Trump administration says it wants to expand ties to combat China’s strong influence and Russia’s growing presence in Africa.”We were somewhat blindsided with the announcement on the visa restrictions by the U.S.,” Foreign Minister Geoffrey Onyeama said Tuesday after a high-level summit with Secretary of State Mike Pompeo.Onyeama also implied that the Nigerian government was not fully briefed on why it was penalized with these visa restrictions until he arrived in Washington this week for a previously scheduled trip. He added that it was “very gratifying” to speak in person with U.S. officials “and to understand more clearly the reasoning.”The White House announced Friday that the U.S. is imposing new requirements on foreign countries for their citizens to be eligible for U.S. visas, including sharing passport data, information on lost or stolen passports and applicants’ criminal histories. The ban does not affect short-term visitors seeking visas for business or tourism.Trump said in a proclamation signed Friday that these six countries were “deficient or at risk of becoming deficient” in fulfilling these requirements, penalizing Sudan and Tanzania by banning them from the diversity visa lottery and the other four by banning them from all immigrant visas. They join Syria, North Korea, Iran, Libya, Somalia, Venezuela and Yemen who have faced bans on immigrant and nonimmigrant visas since Trump issued the third version of his travel ban in September 2017.But Onyeama said his government, working with U.S. officials, had identified their shortcomings and were working on them, leaving them surprised when the travel ban hit them anyway.”U.S. officials have also confirmed that we have been able to tick most of those boxes,” he said, except for data sharing on lost or stolen passports.Trump’s proclamation specified that countries must report lost or stolen passports to Interpol within 30 days, an updated requirement under the expanded travel ban.”Hopefully, once that has been achieved, we look forward to being taken off this visa restriction list,” Onyeama added.For his part, Pompeo said the threat of terrorism in Nigeria is part of the reason for suspending immigrant visas for Nigeria: “Nigeria has room to grow in sharing important national security information. I’m optimistic that’s going to happen.”But critics say that a ban on immigrant visas to a country as critical as Nigeria is insulting at best and damaging at worst.”Banning immigration from Nigeria while at the same time working for closer economic ties with Africa to counter Russian and Chinese influence indicates policy incoherence within the Trump administration. It is bound to have a dampening effect on the development of closer economic ties between the United States and the Giant of Africa,” according to John Campbell, senior fellow for Africa policy at the Council on Foreign Relations and former ambassador to Nigeria.Trump has never traveled to sub-Saharan Africa as president, and neither have senior advisers like Pompeo, Vice President Mike Pence or Defense Secretary Mark Esper, although he’s only been in his position since last July. Pompeo’s predecessor, Rex Tillerson, made one trip to the continent, right before he was fired by Trump, while first lady Melania Trump went on a tour of Ghana, Malawi, Kenya and Egypt in October 2018.In addition to the lack of high-level engagement, the Pentagon is reviewing whether to draw down its troop presence across Africa, despite a growing terror threat, especially in the Sahel region, that has U.S. officials increasingly on edge. The top U.S. diplomat for Africa, Assistant Secretary of State Tibor Nagy, told reporters late last year the U.S. and European strategy to contain the terror threat was not working: “We need to have a much, much more robust engagement. There has to be much more robust coordination.”The president also reportedly referred to countries in Africa as “s—hole countries” during a January 2018 meeting on immigration where he called for more immigrants from countries like Norway. Trump has publicly denied making the remark.Trump’s Democratic rivals on the campaign trail have seized on the latest restrictions — with former Vice President Joe Biden calling it “a disgrace” and Sen. Elizabeth Warren saying the ban is “racist” and “xenophobic.”Copyright © 2020, ABC Audio. All rights reserved.

Russia to pull out of Kherson to new defensive positions