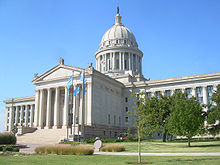 (Oklahoma City, OK) The House Judiciary Committee yesterday passed legislation to remove the statute of limitations on the prosecution of child trafficking and sexual crimes against children.

Rep. Carol Bush (R-Tulsa) authored House Bill 3024 to allow the prosecution against someone accused of committing sexual crimes against a child to be commenced at any time after the offense occurs.

“Horrific events in early childhood, especially events like molestation or rape, have an adverse effect on a person throughout their entire life,” Bush said. “Unfortunately, it also often means that many of these survivors take years to come forward, especially when they face the daunting challenge of proving it happened, facing their abuser, and financing a years-long legal battle.”

Bush pointed out that trauma often leads survivors to bury the event in their minds until they’re emotionally mature enough to address it, which often doesn’t happen until 30 or 40 years later. CHILD USA, a national nonprofit focused on ending child abuse and neglect, reports that of child sexual abuse survivors that do disclose, on average, they don’t disclose until they are 52 years old.

Bush said the change was brought to her when she was first elected, by a constituent whose father molested her daily beginning from the age of six, but didn’t come to terms with it until she was approaching 40.

“The change proposed by House Bill 3024 gives victims the opportunity to come forward at any point in their lives, and it gives law enforcement the chance to prove a perpetrator’s guilt through due process and hopefully get these disgusting criminals off the streets,” Bush said.

Bush ran similar legislation in her first session in 2017, but after edits, the bill instead updated the age the statute of limitation expired to the current age of 45.

“Ever since I started talking about changing this policy in 2017, I’ve heard directly from dozens of other survivors across the state who emphasized the need to remove the statute of limitations,” Bush said. “Survivors of all ages deserve the chance to see their abuser tried, whether the crime was committed five or fifty years ago. Thousands of people across the country live through this, and because of disabilities resulting from the abuse or power dynamics between themselves and their abuser, they don’t come forward until our legal system says it’s too late.”

Several states have already eliminated the statute of limitations for sex crimes against children in recent years, including Pennsylvania, California, Florida, Hawaii and Massachusetts. The state of New York created a window until August 2020 to give victims the opportunity to pursue prosecution.

“I am appalled at the amount of our laws I’ve found that seem to be written to directly protect and shelter suspects rather than support survivors,” Bush said. “I hope that when this bill becomes law survivors across the state will come forward and use this as an opportunity to have their day in court, no matter how long ago the crime was committed.”

House Bill 3024 passed the House Judiciary Committee by a vote of 12-5. It is now available to be considered on the House floor. As it is currently written, the bill would go into effect in Nov. 2020.

Crimestoppers Crime of the Week!

Crimestoppers Crime of the Week!