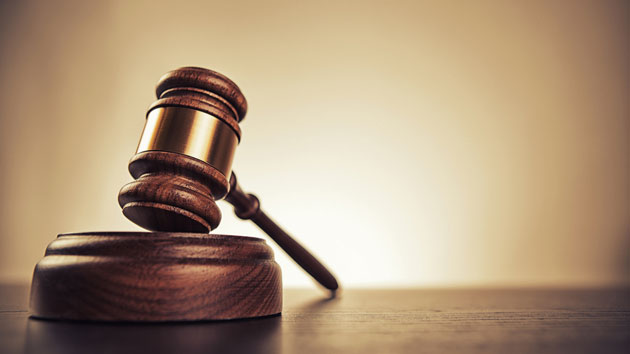 Marilyn Nieves/iStock(EL PASO, Texas) — Already facing capital murder charges, the alleged gunman who killed 22 people at a Walmart store in El Paso, Texas, in August 2019 was hit with federal hate crimes on Thursday, according to a source familiar with the case.Patrick Crusius, 21, pleaded not guilty in October to capital murder charges after being indicted by an El Paso County grand jury in September.Crusius was indicted by prosecutors on 90 federal charges, including 22 counts of committing a hate crime resulting in death, 22 counts of use of a firearm to commit murder, 23 counts of a hate crime involving an attempt to kill and 23 counts of use of a firearm during a crime.He is accused of being the sole gunman to carry out the Aug. 3 killing rampage that federal authorities investigated as an act of “domestic terrorism,” meaning the suspect was allegedly intent on “coercing and intimidating a civilian population,” officials said.Crusius allegedly told investigators following his arrest that he set out to kill as many Mexicans as he could after driving from his home in Allen, Texas, about 650 miles east of El Paso, officials said.During the investigation of the massacre, investigators discovered a screed allegedly written by Crusius and posted on the dark website 8chan, in which his discussed his hate for immigrants and Mexicans, authorities said.Law enforcement officials told ABC News that Crusius cased the Walmart, going inside without any weapons, apparently to size up the clientele inside the store, which is about 5 miles from the U.S.-Mexico border.After seeing the 1,000 to 3,000 people that police estimate were inside at the time, Crusius exited the store and allegedly armed himself, officials said. He returned wearing protective ear muffs, safety glasses and wielding a high-powered assault-style rifle, according to video surveillance of him inside the store.Police officials said Crucius allegedly started firing indiscriminately at victims, many of whom were doing back-to-school shopping, before he even walked through the front door.The victims killed ranged in age from 15 to 90. More than two dozen people were injured in the rampage.Eight of the 22 people killed were Mexican nationals and nine additional Mexicans were among those wounded, officials said.Weeks before the shooting, Crusius’ mother contacted police to express concern over her son owning an assault rifle due to his age, maturity level and lack of experience, the family’s attorneys, Chris Ayres and R. Jack Ayres, told ABC News in August.A day after the El Paso mass shooting, another gunman killed nine people, including his sister, and injured 27 in Dayton, Ohio. Officials said the gunman, 24-year-old Connor Stephen Betts, allegedly carried out the massacre with a .223-caliber rifle that he legally purchased.Betts was wearing a ballistic vest, a mask and protective ear muffs when he allegedly opened fire on people lined up outside bars in Dayton’s bustling Oregon District, police said. Betts was shot to death by police officers who were nearby when the shooting broke out. Copyright © 2020, ABC Audio. All rights reserved.