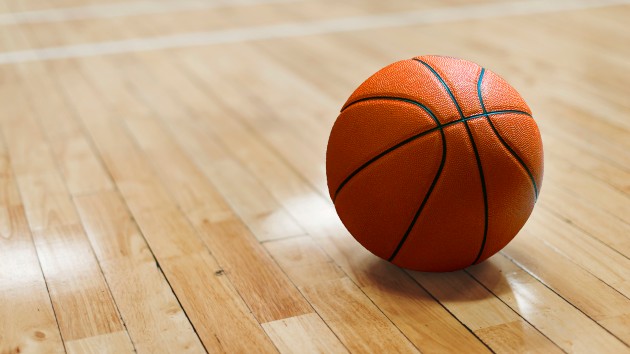 BZA/iStock(MONTGOMERY, Ala.) — Ten student athletes and two managers have been suspended after a brawl broke out at a women’s college basketball game in Alabama. The fight erupted Monday night, during a game at the Dunn-Oliver Acadome in Montgomery that pitted the Alabama State University Hornets against the Texas Southern University Hornets. Video of the clash shows a crowd of 10 to 20 people, including players and adults who appear to be coaching staff, punching, pushing and shoving each other on the court before uniformed officers move in and begin separating the combatants. What started the fight is unclear.

In a statement, the Southwestern Athletic Conference said that it was suspending five Texas Southern student athletes named as Ciani Cryor, Britnee Gabriel, Jekalen Jones, Niya Mitchell and Tamaria White. Five Alabama State student athletes, named as Taylor Aikerson, Kaeani Berry, Zomoria Clark, Dereseia Randle and Aniyah Smith, and two Alabama State managers, Logan Young and Jervon Mannery-Gaither, were also suspended for violating the conference’s policy governing unsportsmanlike conduct. Texas Southern’s Cryor and Gabriel have been suspended for one game each, while Jones, Mitchell and White have been suspended for two. Alabama State players Aikerson and Randle have been suspended for one game, while Berry, Clark and Smith have been suspended for two.Alabama State manager Logan Young has been suspended for the team’s next two games, and manager Mannery-Gaither has been suspended indefinitely pending further investigation. “I was shocked and I am saddened by the altercation,” The Lady Tigers’ head coach Cynthia-Cooper Dyke said in a statement issued to ABC News affiliate KTRK-TV. “This is not how we want to represent our program, university, conference or women’s basketball. We accept responsibility for our actions and whatever penalties are levied by the conference office,” she added. “I am extremely disappointed by the behavior of our women athletes at the end of their game against Texas Southern University,” ASU president Quinton T. Ross Jr said in a statement. “Alabama State University has a zero-tolerance policy for this type of behavior,” the statement added. Both schools are also conducting their own investigations into the incident.Copyright © 2020, ABC Audio. All rights reserved.