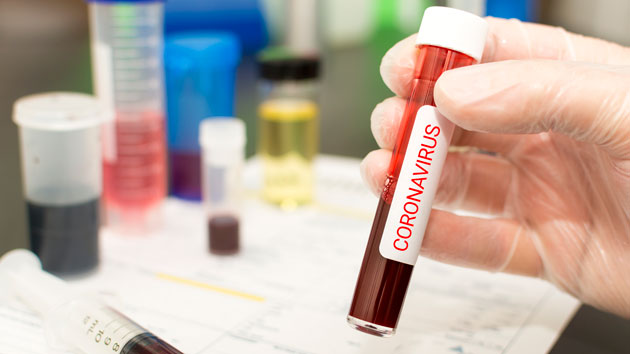 iStock/mrtom-uk(WUHAN, China) — A Chinese doctor reprimanded by local authorities for trying to sound the alarm on the coronavirus, which has infected more than 28,000 and killed more than 560, has died after contracting the disease.Dr. Li Wenliang, 34, died Thursday at a hospital in Wuhan, China, the epicenter of the outbreak, officials said.”We deeply regret and mourn this,” the statement reads.Chinese state media outlets reported that Li’s heart stopped Thursday morning, but doctors resuscitated him.Prior to Li’s death, the virus had killed 564 people in China, according to the World Health Organization.Since the outbreak started in December in Wuhan, it’s been detected in an additional 225 patients in 28 other countries, including 12 cases in the United States, according to the WHO. Most of those individuals recently had traveled to China.On Dec. 30, Li posted a message to fellow doctors in a chat group on Weibo that cautioned them to wear protective clothing to avoid the never-before-seen infection. He reported that he had noticed seven cases of a virus he described as similar to SARS, an epidemic that killed at least 774 people from November 2002 to through July 2003.But just days after posting his warning, Li was reprimanded by Wuhan police and accused of making false statements.Li was one of eight people initially investigated by local authorities for allegedly “spreading rumors” about the virus. Chinese authorities issued an apology to Li after the coronavirus rapidly spread and became a global health emergency.

Li announced his coronavirus diagnosis in a Weibo post Feb. 1.