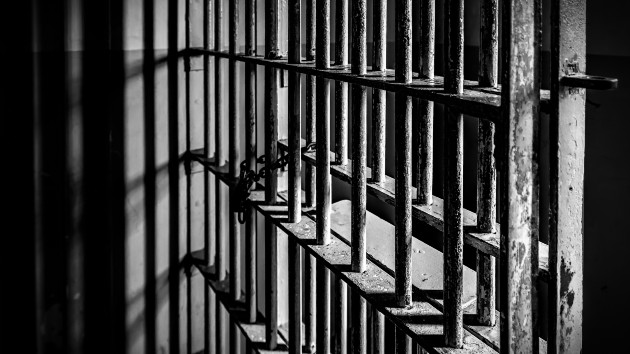 DanHenson1/iStock(NEW YORK) — The former prison worker who became the subject of a Showtime miniseries after helping two convicted murderers escape from an upstate New York prison is expected to be released this week.Joyce Mitchell, 55, was convicted of providing material support to Clinton Correctional Facility prisoners Richard Matt and David Sweat in a dramatic case that eventually became the plot for the 2018 miniseries Escape at Dannemora.Mitchell was charged with promoting prison contraband in the first degree — a felony — and criminal facilitation in the fourth degree — a misdemeanor — and sentenced to to between 2 1/3 and eight years in September 2015.She admitted to charges of promoting prison contraband and was also ordered to pay $80,000 in restitution for damages incurred during the escape.The story gained national attention as authorities spent 22 days searching for the escaped pair.The manhunt came to an end when police apprehended Matt, who was serving 25 years to life in prison for kidnapping and beating a man to death in 1997, and Sweat who was serving a life sentence for killing a Broome County sheriff’s deputy in 2002, near the New York-Canadian border.It was later revealed that the inmates had seduced Mitchell, who worked as a prison tailor, as a part of an elaborate scheme.Mitchell allegedly smuggled hacksaw blades, chisels and other tools into the prison in frozen hamburger meat, which a guard later gave to the inmates. She also allegedly bought six hacksaw blades and gave them directly to Matt, according to a report from the New York inspector general.The inmates used power tools to cut through the back of their cells, broke through a brick wall, cut into a steam pipe and then slithered through it, finally emerging outside the prison walls through a manhole, officials said.They had arranged hoodies and other clothing in their sheets to make it appear as if they were in their beds, officials said, leaving behind a note that read, “Have a nice day.”Mitchell is expected to be released from the Bedford Hills Correctional Facility in Westchester County this week, according to the Department of Corrections’ website. She was tentatively scheduled to be released on Feb. 8, but inmates are traditionally not released on Saturdays.Escape at Dannemora — named after the town where Clinton Correctional Facility is located — was directed by Ben Stiller and won several awards. Patricia Arquette, who played Mitchell, won a Golden Globe, Screen Actors Guild award and Critics’ Choice Television award for the role. Stiller won a Director’s Guild award for best miniseries or TV film. The miniseries was also nominated for seven Emmy awards.Copyright © 2020, ABC Audio. All rights reserved.