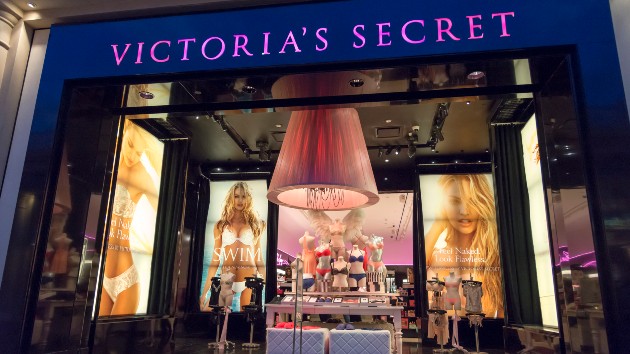 tobiasjo/iStock(NEW YORK) — An open letter signed by more than 100 models is urging Victoria’s Secret to take action to end abuse and harassment within the company. The letter, which was written by the Model Alliance and addressed to Victoria’s Secret’s CEO John Mehas, comes in the wake of a New York Times report, “‘Angels’ in Hell: The Culture of Misogyny Inside Victoria’s Secret,” which detailed allegations of sexual misconduct and harassment within the retail giant and claims of retaliation against those who reported misconduct.Monica Mitro, a former top public relations executive at the company, told The New York Times she was let go last fall after she lodged a harassment complaint against the company’s former top executive, Ed Razek. “The intense retaliation used by Victoria’s Secret to silence those who reported misconduct is particularly deplorable,” the letter said. “The time for listening is long past; it’s time for Victoria’s Secret to take action to protect the people they profit from.”The report alleges that a toxic culture existed at the company — allegedly led by Razek. The New York Times investigation claimed Razek “tried to kiss models,” “asked them to sit on his lap” and even groped one woman before a fashion show in 2018. At least one model, Andi Muise, told the newspaper that Victoria’s Secret stopped hiring her after she rebuffed Razek’s advances. Jessica Silver-Greenberg, one of The New York Times reporters involved in the paper’s investigation, told ABC News’ Good Morning America, “There was a lot of inappropriate touching and inappropriate comments. And anyone who complained or disagreed with Ed Razek were brushed aside, pushed out.” In an email to ABC News, Razek denied the accusations against him in the article and said, “The accusations in the Times story are categorically untrue, misconstrued or taken out of context. I’ve been fortunate to work with countless, world-class models and gifted professionals throughout the industry, dozens of whom sent strong messages of support today. I take great pride in the mutual respect we have for each other.” Meanwhile, other executives reportedly told the Times that the company’s billionaire CEO, Les Wexner, was aware of Razek’s pattern of alleged behavior. Wexner’s spokesperson declined to comment on accusations made in the article. Now, with the advocacy group Time’s Up and more than 100 models — including Amber Valletta, Christy Turlington Burns and Iskra Lawrence — backing the the open letter by Model Alliance, the nonprofit organization is calling on Victoria’s Secret to join its RESPECT program, an “accountability program designed by and for models” that requires employees, agents, vendors, photographers and other contractors of signatory companies to follow a code of conduct that protects everyone’s safety on the job. “We believe that this moment can be a wake-up call for Victoria’s Secret,” Model Alliance’s letter said. “This is an opportunity to take meaningful steps towards ending these abuses by joining the RESPECT Program, as models have called for since December 2018.” Sara Ziff, model and founder of the Model Alliance, told Good Morning America, “It’s clear that retaliation against women who speak out is happening in Victoria’s Secret. And if Victoria’s Secret joins the RESPECT Program, that would no longer be tolerated. We believe it is essential that people who are vulnerable can bring forward their concerns in a way that is safe and transparent. And that is precisely what the program offers.” A spokesperson for Victoria’s Secret’s parent company, L Brands, said in a statement that the company has already implemented “elements of the RESPECT Program and beyond,” and expressed that they “share a common goal with Model Alliance to ensure the safety and well being of models.” “We’re proud of the progress we’ve made and remain committed to continuous improvement. We’re always open to engage with those looking to make improvements in the industry,” the statement said. The Model Alliance first made an effort to get Victoria’s Secret to join the RESPECT program in 2019. The nonprofit addressed a similar letter to Mehas at the time, mentioning the “allegations of sexual misconduct by photographers.””It is deeply disturbing that these men appear to have leveraged their working relationships with Victoria’s Secret to lure and abuse vulnerable girls,” the letter stated. “We stand with the courageous women who have come forward and shared their stories, despite fears of retaliation or harm to their careers. It breaks our hearts to keep hearing these stories. We can and must do better. It is time for RESPECT.” Amid the release of that letter, L Brands further enhanced photo shoot procedures to require an independent monitor at every shoot and a third-party hotline for models or other shoot participants to “report any illegal or unethical activities.” But despite the progress that L Brands said they’ve made, some are saying that more still needs to be done. “I think this can be a wake up call for Victoria’s Secret,” said Ziff. “But it’s also an opportunity to take models’ concerns seriously and to ensure that everyone is treated fairly with dignity and respect.”Copyright © 2020, ABC Audio. All rights reserved.