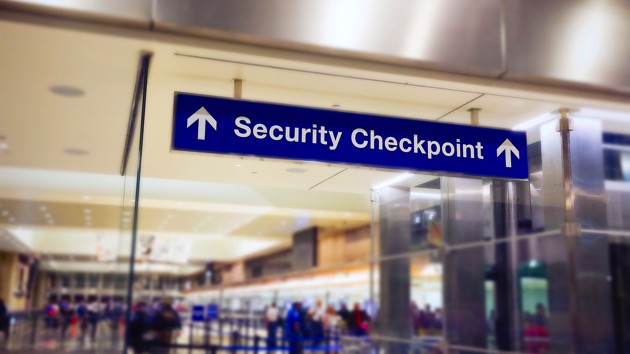 stellalevi/iStock(WASHINGTON) — The Department of Homeland Security is kicking New Yorkers out of federal programs that allow certain travelers to speed through border checkpoints because of a new state law that paved the way for undocumented immigrants to apply for drivers licenses.At issue is New York’s “Green Light” law, passed last summer and became effective in December, which forbids the state’s Department of Motor Vehicles from providing to DHS a person’s driver’s license and vehicle registration information without a court order or subpoena.DHS says the law hamstrings its immigration enforcement and border security agents from doing their jobs.Officials say that because federal authorities won’t be able to access sensitive data from New York’s DMV under the law, those residents will be barred from joining the agency’s “trusted traveler” plans.”This is obviously political retaliation by the federal government and we’re going to review our legal options,” said Richard Azzopardi, a senior adviser to New York Gov. Andrew Cuomo.DHS officials told reporters on Thursday that it expects the move to impact up to 200,000 New York residents who will try to renew their members in the “trusted traveler” programs this year.They also estimated some 30,000 commercial truck drivers would be impacted at New York-Canada ports of entry.A letter to New York officials said residents will be prohibited from joining the “global entry” program, which benefits people trying to re-enter the U.S. from overseas.The restrictions also apply to programs called NEXUS, SENTRI and FAST, which are specific to travel from Canada and Mexico, and will impact vehicle exports.TSA Pre-Check, a popular program for domestic travel, is not currently impacted.”On a daily basis, [Immigration and Customs Enforcement] has used New York DMV data in its efforts to combat transnational gangs, narcotics smuggling, human smuggling and trafficking, trafficking of weapons and other contraband, child exploitation, exportation of sensitive technology, fraud and identify theft,” Acting Homeland Security Secretary Chad Wolf wrote in a letter to state officials on Wednesday obtained by Fox News and The New York Times.Wolf confirmed the details of the letter in a Fox News interview late Wednesday.”They can’t enroll or reenroll in these trusted traveler programs that Customs and Border Protection offers because we no longer have access to make sure that they meet those program requirements,” Wolf told Fox News’ Tucker Carlson Tonight. “We need to do our job.”ABC contributor John Cohen, a former senior DHS official, said Wolf is misinterpreting the law, because the information would still be available if federal officials presented a court order or subpoena.The law would only limit any fishing expeditions by immigration enforcement”DHS is mis-characterizing the NY state law and overstating the negative impact the law will place on their ability to access drivers license information as part of a criminal investigation,” Cohen said. “At the same time, by restricting access to global entry, the Department may be undermining its own security efforts.” Copyright © 2020, ABC Audio. All rights reserved.