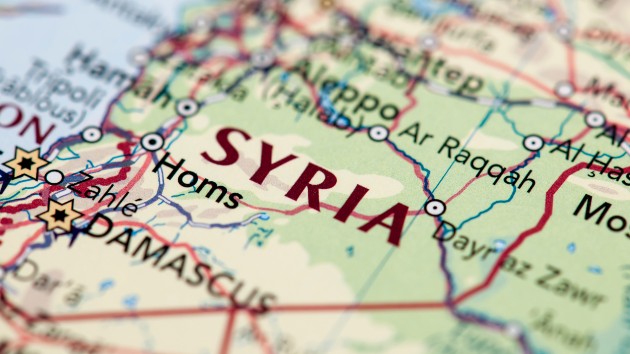 omersukrugoksu/iStock(NEW YORK) — As Syrian strongman Bashar al-Assad pushes further into the last rebel stronghold, his armed forces, backed by Russia and Iran, are sending hundreds of thousands fleeing — exacerbating an already bleak humanitarian crisis.The top U.S. diplomat for Syria is heading to the region shortly to review potential U.S. responses. He’s also vowing to implement more sanctions on Assad’s regime and its backers, while warning of a possible new refugee crisis or the spread of foreign terrorist fighters.But the ramped-up rhetoric from U.S. officials, including Secretary of State Mike Pompeo, has not halted Assad’s offensive — now in its third month — as he pushes to win the country back militarily after nine years of war.James Jeffrey, special envoy for Syria, told reporters Wednesday that the U.S. is “very, very worried” about the ongoing assault into Idlib province by Assad and his supporters, including Iran and Hezbollah, who Jeffrey said are “actively involved” in this offensive.But it’s Russia’s role in the offensive that Jeffrey singled out.”We’re seeing much more aggressive Russian action in Idlib” and at the United Nations to boost Assad, he said, adding, “Russia apparently feels that it cannot bring the regime to do the necessary things to bring it in line with the international community’s expectations, so the Russians are going to press forward on a military victory.”His warnings came one day after Pompeo issued a statement, condemning the regime’s “unjustifiable attacks” and threatening the “strongest diplomatic and economic actions against the Assad regime and any state or individual that aids its brutal agenda.”Jeffrey declined to offer details about any of the additional sanctions the U.S. might implement.The U.S. has also asked Turkey, a NATO ally, whether it could provide additional assistance as Turkey tries to halt Assad’s push. Turkish troops are stationed throughout Idlib at observation posts to maintain a ceasefire deal with Russia that has been largely broken.Eight Turks and 13 Syrians were killed Monday in clashes, and Turkey’s President Recep Tayyip Erdogan said Wednesday that his government “will be forced to take matters into its own hands” unless the regime steps back.Jeffrey did not outright endorse that threat of military action, but offering U.S. assistance could be a tacit signal of support. He is expected to travel to Turkey as soon as next week.But sanctions have, so far, not slowed Assad or changed Russia’s support for him.Pressed on whether there were immediate steps the administration was considering, Jeffrey said only, “We’re looking at the various things we can do.”While the U.S. has been largely unable or unwilling to take greater action, the offensive has caused a growing humanitarian crisis. Over half a million people have been displaced since it started in December, the United Nations Office for the Coordination of Humanitarian Affairs reported Tuesday.

Three million people live in Idlib and Jeffrey said the U.S. is most concerned about a new massive refugee crisis.Among them are some of the fiercest jihadist groups who have now spent years fighting the Assad regime, numbering in the thousands.While the U.S. has not seen them planning or carrying out attacks outside Syria yet, Jeffrey said they are concerned about where they go if the offensive moves forward.Copyright © 2020, ABC Audio. All rights reserved.