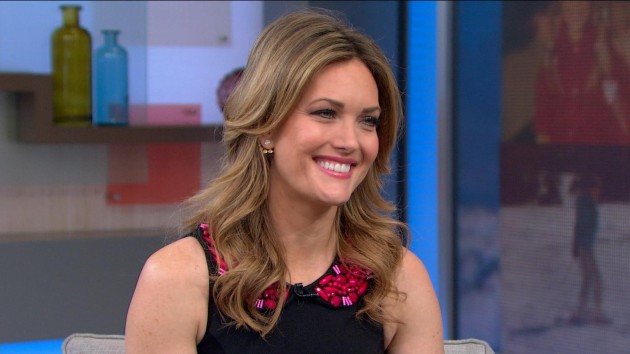 ABC News(NEW YORK) — Paralympian Amy Purdy has weathered any storm that has come her way and has tackled challenges head on. But now, the 40-year-old is facing one of her greatest challenges yet: walking for the first time in brand new prosthetic legs. “I thought I knew patience from what happened 20 years ago but now I’m back to learning,” she told ABC News’ Kaylee Hartung in an interview that aired Thursday on Good Morning America.Purdy, a paralympic snowboarding legend and Dancing With The Stars alum, lost both her legs below the knees after contracting bacterial meningitis at just 19 years old.And one year ago, she was diagnosed with yet another life threatening medical blow — a massive vascular injury in her left leg which was a blood clot that stretched from her hip to the bottom of her leg. The injury meant that Purdy could not wear her prosthetic on her left leg because the leg could not handle the pressure. For the past year she’s gotten around with the help of a scooter, crutches and her husband Daniel.Doctors initially told Purdy that in order to treat the clot, she could either have a procedure that could destroy her kidney — which she received as a transplant from her father to save her life 20 years ago — or amputate what was left of her leg. “That was hard,” she said. “I had a big choice to make … I was fighting for my life 20 years ago, but this 1665084437 I was fighting for the quality of my life.” “I couldn’t imagine not snowboarding again, not walking again. I couldn’t accept it,” Purdy said.Daniel, Purdy’s partner of 18 years, explained the most difficult part of the past year has been the uncertainty the couple faced.“This is the first time that Daniel’s seen me just completely down and out with no idea if I’m going to walk again,” said Purdy. Now, one year after her diagnosis, Purdy is able to walk again thanks to her “angel” surgeon Dr. Omar Mubarak. He got creative and found ways to treat Purdy that didn’t mean sacrificing her kidney or her leg.“I just looked at her and said we’re gonna look at things outside the box,” Mubarak told GMA. “She’s young, she’s strong, she can handle the clot buster that we essentially put down there.” With Mubarak’s help and Purdy’s body’s remarkable ability to heal, she is now back on her own two feet and continuing to be a voice for others who share the same experiences like her. “Don’t look at us like we’re amputees, we’re already damaged,” she said. “Look at us like we’re humans.”

Mom speaks out after daughter dies from suspected fentanyl overdose