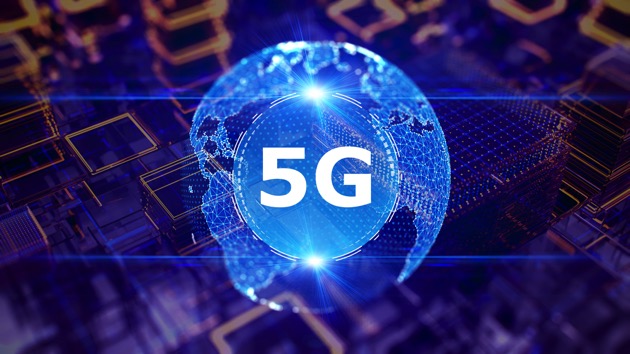 Vertigo3d/iStock(WASHINGTON) — The nation’s top law enforcement officials convened at a Washington conference Thursday morning to raise alarm over the Chinese government’s operations targeting the U.S., with Attorney General Bill Barr issuing a dire warning regarding China’s recent moves to expand its 5G high-speed mobile infrastructure into networks around the world.”If China establishes full dominance over 5G, it will be able to dominate the opportunities arising from a stunning range of emerging technologies that would be dependent on and interwoven with the 5G platform,” Barr said in remarks to the Center for Strategic and International Studies’ China Initiative conference. “From a national security standpoint, if the industrial internet becomes dependent on 5G technology China would have the ability to shut countries off from technologies and equipment upon which their consumers and industries depend.”In a wide-ranging speech that detailed various efforts by China to expand its influence and global economic power, Barr described the country as the United States’ “top geopolitical adversary.”He argued the need for American leadership in 5G is akin to the space race between the U.S. and the Soviet Union, noting that China already has already captured 40% of the global 5G infrastructure market.Last November, three of the largest mobile companies in China launched their lightning-fast 5G services in 50 of its cities, according to China’s state-run news service Xinhua.”For the first time in history, the United States is not leading the next technological era,” Barr said in response.U.S. diplomats and national security officials have recently made appeals to countries like France and the U.K. to not use technology from the Chinese company Huawei in their core tech networks, such as 5G high speed internet.Barr noted that the U.S. currently does not have an alternative platform to offer countries, but singled out Nokia and Ericcson as potential options for telecommunications companies that the U.S. could partner with to make them “far more formidable” competitors than Huawei.The conference included a range of officials from the Justice Department and FBI, who warned American companies and universities to be wary of efforts by the Chinese government to expand its influence in the U.S.Just last week the DOJ filed charges against a Harvard University professor and two Chinese nationals for allegedly lying about their ties to China. The FBI has also arrested 19 people in China-tied cases since last October and, according to FBI Director Christopher Wray, the U.S. has more than 1,000 ongoing investigations related to China’s attempt theft of U.S. technology.”This one to me really stands out as the greatest long term threat to our nation’s information and intellectual property, and to our economic vitality,” Wray said in his remarks at the conference. “This is a threat … not just to our economic security but to our national security.”While U.S. officials in the conference argued the current economic and counterintelligence threat posed by China potentially rivals that of the Soviet Union during the Cold War, Wray and others stressed that their conflict was not with the Chinese people or Chinese Americans, but the country’s communist government.”The Chinese government is fighting a generational fight to surpass our country in economic and technological leadership,” Wray said. “But not through legitimate innovation, not through fair and lawful competition and not by giving their citizens the freedom of thought and speech and creativity that we treasure here in the United States.”He added, “Instead, they’ve shown that they’re willing to steal their way up the economic ladder at our expense.” Copyright © 2020, ABC Audio. All rights reserved.