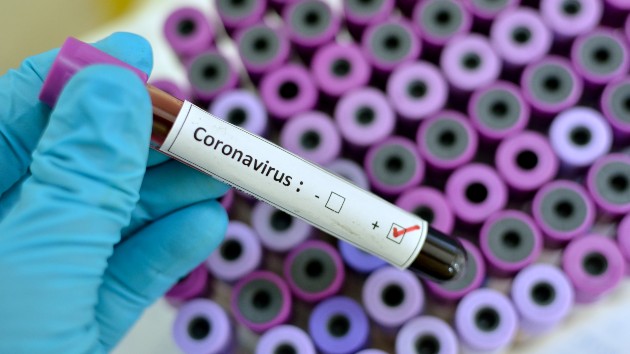 jarun011/iStock(NEW YORK) — Two newborns are among the more than 28,000 people who have been infected globally with the novel coronavirus.The infants, one just 30-hours-old, tested positive for the newly discovered virus on Wednesday at a children’s hospital in Wuhan, China, the epicenter of the outbreak. Both babies are in stable condition, but the confirmed infections raise concerns about the possibility of mother-to-fetus transmission of the disease, according to the state-owned China Daily newspaper.They are believed to be the youngest cases recorded thus far.The first cases of the new coronavirus were detected in Wuhan back in December. As of early Thursday local time, China’s National Health Commission said it had received 28,018 reports of confirmed cases and 563 deaths across the Chinese mainland. Hong Kong has confirmed nearly two dozen cases, and two patients have died in the semi-autonomous Chinese city.More than 200 cases have been confirmed in over two dozen other nations and territories, including the United States. The World Health Organization has declared the outbreak a global health emergency.The only known fatality outside China from the novel coronavirus was a 44-year-old man in the Philippines.At a press conference on Wednesday, WHO director general Tedros Adhanom Ghebreyesus urged the international community to invest in preparedness.”Invest today or pay more later,” he said.A 12th coronavirus case in the United States was confirmed by health officials in Wisconsin on Wednesday. The patient, who recently visited Beijing and was exposed to known cases of coronavirus while traveling, tested positive for the disease and has not been hospitalized, according to the Wisconsin Department of Health Services.The individual is isolated at home and is in good condition. Health officials will monitor the patient’s close contacts, as well as the health care workers who cared for the individual, for signs of illness.”The risk of getting sick from 2019 novel coronavirus in Wisconsin is very low,” Jeanne Ayers, a state health officer, said in a statement Wednesday.The U.S. Centers for Disease Control and Prevention has shipped newly-approved coronavirus tests to health labs across the country so states can begin their own diagnostic testing, rather than have all samples from patients go to the agency’s headquarters in Atlanta.The United States has evacuated a number of its citizens from China amid the health crisis.Two charter flights from Wuhan, with a total of approximately 350 passengers, landed at the Travis Air Force Base in Northern California on Wednesday. One of the planes refueled at the base before continuing on to Marine Corps Air Station Miramar in San Diego, according to a statement from U.S. Army Lt. Col. Christian Mitchell.Upon arrival at the final destination, all travelers will be screened by CDC medical personnel and placed under a federally mandated 14-day quarantine. The U.S. Department of Defense “will work closely with our interagency partners and continue to provide support to the situation as requested,” Mitchell said.

Two more evacuation flights from Wuhan are expected to arrive in the United States later this week. Passengers will go through a similar screening and quarantine process when they land at military bases in San Antonio, Texas, and Omaha, Nebraska.The passengers who were quarantined last week after returning from Wuhan are expected to be released Feb. 11, officials said, as long as they and their immediate family members remain healthy.”As of today, based on what we know about this virus, the far outside of incubation period is 14 days,”Dr. Nancy Messonnier, director of the National Center for Immunization and Respiratory Diseases, said during a news conference Wednesday.The new coronavirus causes symptoms similar to pneumonia that can range from mild, such as a slight cough, to more severe, including fever and difficulty breathing, according to the CDC. There is not yet a proven effective treatment for the disease. Copyright © 2020, ABC Audio. All rights reserved.

Death of American tourist in Mexico under investigation