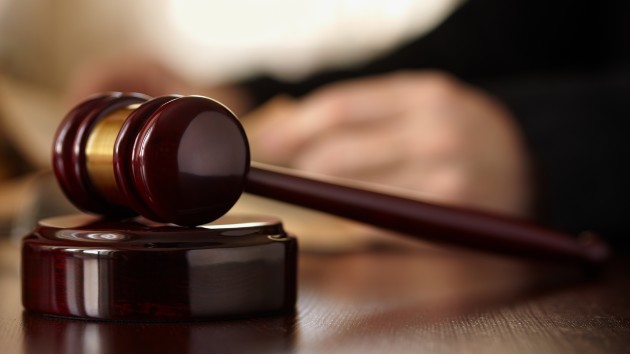 Kuzma/iStock(NEW YORK) — With the prosecution in the Harvey Weinstein rape trial expected to rest their case this week, the sixth and final woman testifying against him told her story.Lauren Young, who ABC News is naming with permission from her attorney, testified to having been invited during Oscar season seven years ago to meet with Weinstein and his associate Claudia Salinas in California to talk about her script ideas. She was 23 at the time and, she said, “excited” at the opportunity.Weinstein, who was 60 at the time, is not charged in this incident. Young was called to testify as a “prior bad acts” witness in support of prosecutors’ efforts to show a pattern of predatory behavior by Weinstein. He is charged with five felony counts. He has pleaded not guilty to all charges and denied ever engaging in non-consensual sex.Young said she arrived at the bar of the Montage Beverly Hills hotel on Feb. 19, 2013 and had a drink at the bar with Salinas. Weinstein arrived and asked if she was interested in appearing on America’s Next Top Model. She demurred, explaining she was trying to transition from modeling to acting and wasn’t interested in reality TV.”Follow me upstairs,” she said Weinstein told the women, saying he had to get ready for an awards ceremony at which director Quentin Tarantino was being honored.She said she walked behind Weinstein and in front of Salinas into the hotel room and continued to follow him until she found herself inside the bathroom with Weinstein. The door closed behind her, she said.”The girl that invited me closed the door and didn’t come in and left me in there,” Young said in the courtroom, beginning to cry. “That’s when I realized I’m stuck here. I’m stuck.”Young continued, “Harvey went straight to the left, turned on the shower and started undressing. I stood there in shock at first … I started laughing, shaking my head, [and] he’s already naked — quickest I’ve ever seen anyone undress.”She said Weinstein seemed to recognize her shock and said in a calm voice that “we’re just gonna have a talk” before, she claimed, the fully nude producer began masturbating and groping her body.Young said she was wearing a white, lace dress with a slip underneath it, and Weinstein pulled it down off her from the top, exposing her chest and limiting the mobility of her arms. She claimed he groped her breast as he continued to masturbate, saying, “How am I gonna know if you can act?””I’m saying, ‘No, no, no!’ And he’s just carrying on a normal conversation saying, ‘This is what all actresses do,"” she said.She said Weinstein tried to grab her crotch and “glanced” at her vagina, but, “I blocked it and kind of held myself.” Young said Weinstein ejaculated into a towel, dropped it on the floor and promptly left the bathroom.”I stayed, standing there in shock,” Young continued. “I pulled up my dress … and walked out of the bathroom, and Claudia Salinas is standing right there.””I shot her an evil look and left there as quickly as I could,” she said.Young testified that it was the first time she’d been alone with Weinstein and that she had never expressed any romantic or physical interest in the Hollywood producer.She said she drove to a friend’s house at Venice Beach and recounted the incident to several close friends. She didn’t call police that night, she said, “because he’s got power” and she “was scared.”The next day, Young said she attended a scheduled meeting with a Weinstein staffer at the Weinstein Company offices in Los Angeles.”I wanted to confront the issue,” Young testified. “I thought maybe Harvey would be there and I was gonna tell him off.”Instead, she entered the office lobby and saw Salinas.”I told her, ‘Don’t f-ing talk to me,"” Young said, her face tensing up.In the meeting, she was again encouraged to try out for America’s Next Top Model and she again refused. As Weinstein was not there, she said, she did not mention the alleged attack.Young said she ignored numerous cheerful follow-up emails and a party invitation from the Weinstein staffer asking for her headshot and resume.Asked why she did this, Young replied, “I didn’t want anything to do with any of them.”Under cross examination, which began late Wednesday afternoon and is expected to continue into Thursday, she acknowledged she initially told authorities she had been locked into the bathroom from the outside but later recognized she had been wrong.She also said under cross-examination that she initially told authorities the attack occurred at a different hotel, after revisiting the lobbies of several Los Angeles hotels trying to retrace her path.When asked by defense attorney Damon Cheronis why she followed Weinstein into the bathroom, Young said she was walking right behind him and could not see where they were heading as “there was a big fat man in front of me.””Then this ‘big fat man’ does a ninja tear off of his clothes?” Cheronis shot back, before a sustained objection prevented the witness from responding.Cheronis also took issue with what he described as Young’s conflicting descriptions in different accounts of if she saw Weinstein’s genitalia. Young responded that it was hard to be sure because his belly hung down over his crotch area and she was in the midst of a traumatic encounter.In a dramatic moment at the end of the day, Cheronis donned plastic gloves, cut open an evidence bag with scissors and held up the white lace dress Young said she was wearing during the alleged attack. He asked her to describe how Weinstein pulled it down from her shoulders to her waist, and she demonstrated.Young is among dozens of women who came forward during or after October 2017, when investigative reports about Weinstein in The New York Times and The New Yorker kicked the #MeToo movement into high gear.If you or someone you know experienced sexual assault and is seeking resources, call the National Sexual Assault Hotline at 1-800-656-HOPE (4673). Copyright © 2020, ABC Audio. All rights reserved.