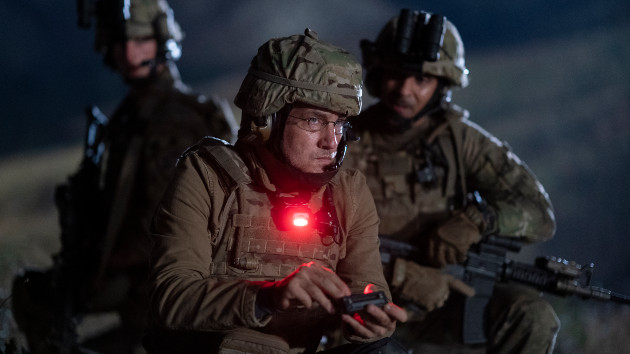 Maury Sterling in HOMELAND Season 8 — Mark Seliger/SHOWTIME(NEW YORK) — Showtime’s acclaimed drama Homeland returns for an eighth and final season Sunday.  Star Maury Sterling says stepping on the set knowing they were filming the beginning of the end was a major emotional moment.

“It felt important,” says Sterling, who plays socially awkward computer genius Max, one of the few Homeland characters who hasn’t been killed off.

“It’s amazing when a show can last this long and do this well. And so I think everyone felt the weight,” he tells ABC Audio. “I remember just coming to set and feeling like, ‘Wow, this is it. What a ride this has been and how cool [that] we get to do it one more time."”

At the end of season seven, a psychotic Carrie Mathison, played by Clare Danes, was finally released from a Russian prison. Sunday’s episode deals with Carrie’s recovery as she’s sent back into the field by her mentor, Mandy Patinkin’s Saul Berenson, to broker a peace deal in Afghanistan.

“There’s a bit of a time jump, but…all the seeds are planted in terms of what happened [in prison] and how that’s going to affect her,” Sterling explains, revealing that we’ll be asking ourselves, “Do we trust or do we not trust her?”

Expect “character pieces,” as well as “some sort of resolution of all these moving parts,” and “some big action stuff,” teases Sterling.

One thing that isn’t happening this season? A Max and Carrie romance.  Because of the insane risks he takes for her, Sterling says “it’s crossed fans’ mind a lot” that Max might be in love with Carrie — but he says no.

“I’ve always given Max enough smarts that he knew that would be a terrible idea,” he laughs. “Like, he couldn’t function in that situation. He just wouldn’t understand how to do it!”