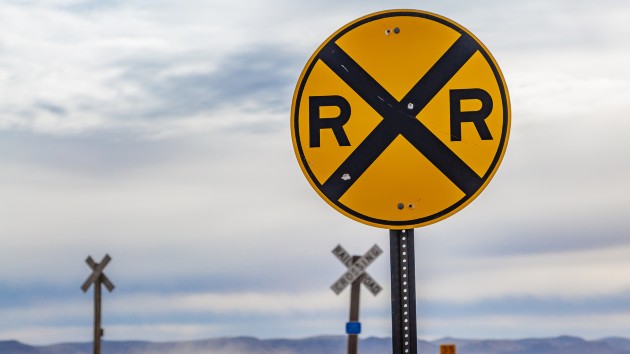 Lemanieh/iStock(NEW YORK) — After a second freight train carrying crude oil derailed in Saskatchewan in just two months, Canada’s transport minister announced a 30-day speed limit for similar shipments.Effective at midnight Feb. 7, trains with at least 20 cars carrying potentially dangerous cargo can’t exceed 20 mph in cities and 25 mph elsewhere, Marc Garneau said in a tweet on Thursday.”I have taken this precautionary measure today since there are similarities between today’s accident and other recent rail accidents,” the transport minister wrote.The accident on Thursday, which required the village of Guernsey to be evacuated because of concerns over air quality, was only about 6 miles from a Dec. 9 derailment.The Canadian Pacific freighter derailed around 6:15 a.m. local time. Neither operator on board was injured, and no other casualties were reported.Drone footage captured a massive fire that resulted from the crash and spilled oil. Smoke could be seen for miles.Canadian Pacific CEO Keith Creel said in a statement: “CP fully supports this action and it has been implemented effective immediately.”An investigation into the accident is ongoing.Copyright © 2020, ABC Audio. All rights reserved.