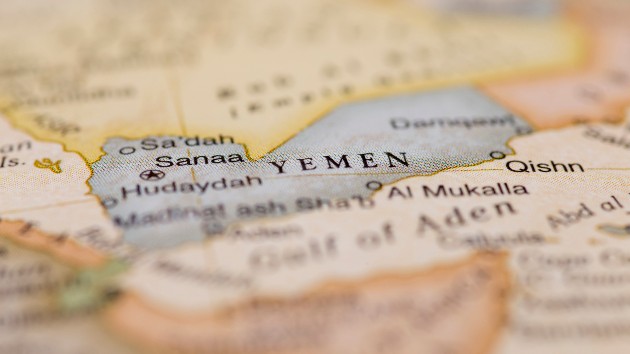 kylieellway/iStock(WASHINGTON) — The leader of al-Qaida’s affiliate in Yemen was killed in a U.S. counterterrorism operation in Yemen, according to a statement issued by the White House on Thursday.”At the direction of President Donald J. Trump, the United States conducted a counterterrorism operation in Yemen that successfully eliminated Qasim al-Rimi, a founder and the leader of al-Qa’ida in the Arabian Peninsula (AQAP) and a deputy to al-Qa’ida leader Ayman al-Zawahiri,” according to the statement.President Donald Trump hinted at al-Rimi’s death over the weekend on Twitter, retweeting several posts including one by SITE Intelligence Group Director Rita Katz that said al-Rimi was killed in a U.S. drone strike on Jan. 25 east of Sana’a.Al-Rimi was listed on the State Department’s “Rewards for Justice” website with a reward of up to $10 million. He trained terrorists at an al-Qaida camp in Afghanistan in the 1990s under Osama bin Laden before becoming an AQAP military commander.”Under Rimi, AQAP committed unconscionable violence against civilians in Yemen and sought to conduct and inspire numerous attacks against the United States and our forces,” the White House said on Thursday. “His death further degrades AQAP and the global al-Qa’ida movement, and it brings us closer to eliminating the threats these groups pose to our national security. The United States, our interests, and our allies are safer as a result of his death. We will continue to protect the American people by tracking down and eliminating terrorists who seek to do us harm.”According to the State Department, al-Rimi was linked to the deadly 2008 attack on the U.S. Embassy in Sana’a and the 2009 attempted suicide bombing of “underwear bomber” Umar Farouq Abdulmutallab aboard a U.S.-bound airliner.Copyright © 2020, ABC Audio. All rights reserved.