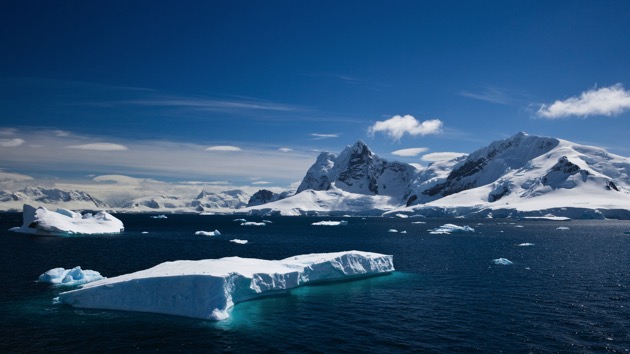 designbase/iStock(NEW YORK) — Antarctic temperatures may have reached a new high in the peninsula region, prompting a formal evaluation into the conditions surrounding the event.The Esperanza Base, a year-round Argentine research center on the northern tip of the Antarctic peninsula, set a record temperature of 18.3 degrees Celsius on Thursday, according to Argentina’s national meteorological service (SMN).The previous record high temperature in the same location was 17.5 degrees Celsius, recorded in March 2015.The World Meteorological Organization, which is the United Nations’ authoritative voice on weather, climate and water, weighed in on the news and said that “a committee for WMO’s Weather and Climate Extremes Archive will now verify whether this indeed is a record for the Antarctic continent which is defined as the main continental landmass.”

The Argentine research base Esperanza, on the northern tip of #Antarctic Peninsula, saw a new record temperature of 18.3°C today (old one 17.5°C on 24 March 2015), per @SMN_Argentina. Details of previous record at https://t.co/19Un83mmHn#ClimateChange pic.twitter.com/ZKvzr765Am

“Everything we have seen thus far indicates a likely legitimate record but we will of course begin a formal evaluation of the record once we have full data from SMN and on the meteorological conditions surrounding the event,” WMO’s Weather and Climate Extremes rapporteur, Randall Cerveny, said in a statement. “The record appears to be likely associated (in the short term) with what we call a regional ‘foehn’ event over the area: a rapid warming of air coming down a slope/mountain.”The record for the Antarctic region — that is, everywhere south of 60 degrees latitude — is 19.8 degrees Celsius, taken on Signy Island in January 1982.The WMO team will work to verify this maximum temperature, which it said is important “to build up a picture of the weather and climate in one of Earth’s final frontiers.”Despite the fact that both the Arctic and Antarctic play a vital role in climate, ocean patterns and sea level rise, the WMO said both are “poorly covered” when it comes to weather observations and forecasts.According to WMO, the Antarctic peninsula is among the most rapidly warming regions on the planet and has increased nearly three degrees, overall, in 50 years.”The amount of ice lost annually from the Antarctic ice sheet increased at least six-fold between 1979 and 2017. Most of the ice loss takes place by melting of the ice shelves from below, due to incursions of relatively warm ocean water, especially in west Antarctica and to a lesser extent along the peninsula and in east Antarctica,” WMO said in its release.Copyright © 2020, ABC Audio. All rights reserved.