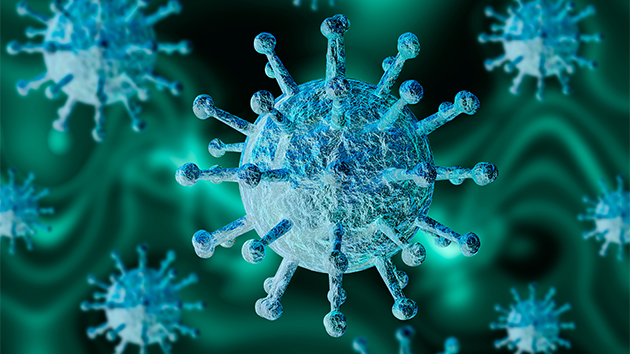 3D Rendering – Gilnature/iStock(WASHINGTON) —  Chad Wolf, the acting secretary for the Department of Homeland Security, told ABC News in an interview that the U.S. has in place “sufficient” protocols to combat the coronavirus.When asked for details on any information sharing between the U.S. and China, Wolf said he didn’t have specifics.”I think we’re getting pretty good cooperation out of China,” he continued. “The U.S. is sending over experts — medical experts — as well as financial help. So it’s an all-team effort.”Before inquiring further on information from China, Wolf added, “We’re just trying to address the virus and medical concerns.”Travelers arriving in the U.S. will be screened, asked a series of questions and have their travel data analyzed.”It’s a really robust screening protocol, again, that we do each have at air, land and sea ports of entry,” he said.At least 564 people have died from the virus among more than 28,000 reported cases, according to the World Health Organization.DHS is taking direction from the Centers for Disease Control, but that’s subject to change should additional measures be required “from a medical perspective,” Wolf said. If “we need to change our screening procedures, we’ll certainly do that.”The director of the White House’s Office of Science and Technology Policy, in a letter to the National Academies of Sciences, Engineering and Medicine, requested that scientific experts “rapidly” look into the origins of the virus in order to address both the current spread and “to inform future outbreak preparation and better understand animal/human and environmental transmission aspects of coronaviruses.”DHS has said planes bound for the U.S. on which a passenger had visited China within 14 days might be rerouted. There still are 11 U.S. airports, including in Washington, D.C., accepting flights from China.

Home births in US rise to highest level in 30 years: CDC