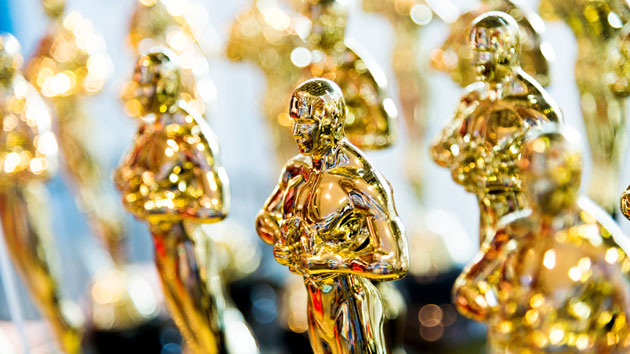 baona/iStock(LOS ANGELES) — Each Oscar win is historic for the honoree, but some have more notable implications for the history of the award show.Although most eyes will be on the night’s biggest categories, especially best picture, there’s definitely reason to watch the ceremony in its entirety.Here are some of the night’s more historic races. Meanwhile, behind the scenes, history will already have been made. Conductor Eímear Noone will become the first female conductor ever to lead the orchestra on Hollywood’s biggest night.“I’d be dead inside if I didn’t have any concerns. Luckily for me, I have friends in the orchestra and I have friends on the page in front of me,” she told Variety. “The background changes, but the little black dots on the page are always home for me. No matter what country I’m in or what concert hall, it doesn’t matter — the score is where my mind and my heart are.”1. “Parasite,” the South Korean film about class warfare from director Bong Joon-ho, could become the first non-English movie to win best picture and best international feature film. Five other movies have been nominated in both categories, and while each of them — “Z,” “Life Is Beautiful,” “Crouching Tiger, Hidden Dragon,” “Armour” and “Roma” — won best foreign language film, they all came up short for best picture. (Last April, the best foreign language film category was renamed best international feature film.)2. “Harriet” star Cynthia Erivo, the third person ever to receive acting and song nominations for the same movie, could become the youngest EGOT winner (Emmy, Grammy, Oscar, Tony) ever, should she pick up either award.3. Scarlett Johansson could become the first woman ever to win best actress and best supporting actress in the same year. She was nominated for her roles in “Marriage Story” and “JoJo Rabbit,” respectively.4. “Joker” composer Hildur Guðnadóttir could become the fourth woman ever to win best original score.5. Real-life couple Greta Gerwig and Noah Baumbach directed “Little Women” and “Marriage Story,” respectively, and both have been nominated for best picture. They are the first known couple to be pitted against each other in the Oscars race, though exes James Cameron and Kathryn Bigelow competed in the best director category in 2010. Bigelow won, and became the first and only woman ever to win the award.6. In the animated feature category, either “Toy Story 4” or “How to Train Your Dragon: The Hidden World” could become the second sequel ever to win. “Toy Story 3” was the first.7. If Joaquin Phoenix wins the best actor Oscar for “Joker,” he would become the second person to pick up an Academy Award for playing the Batman villain. (Heath Ledger won best supporting actor in 2009 for playing the Joker in “The Dark Knight.”) This phenomenon has only happened one other time: Marlon Brando and Robert DeNiro both won Oscars for playing Vito Corleone in “The Godfather” and “The Godfather, Part II,” respectively.Copyright © 2020, ABC Audio. All rights reserved.