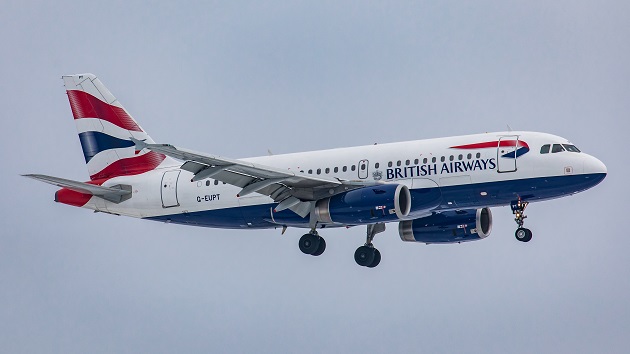 iStock/Andreas Haas(LONDON) — A New York-to-London flight landed in the history books Sunday as the fastest subsonic flight across the Atlantic Ocean.British Airways Flight 112 made the trip in 4 hours and 56 minutes — 17 minutes faster than the previous record made by a Norwegian flight from New York to London, according to the flight tracker blog Flightradar24.The blog said the 747 jet took advantage of a jet stream in the middle of the Atlantic Ocean, which some pilots are using to increase speed and decrease fuel.”During its speed record cruise across the Atlantic, BA112 traveled at a consistent Mach 0.86 or 86 percent of the speed of sound,” FlightRadar24 said in its posting.British Airways said the plane had been scheduled to land at 6:25 a.m., but arrived almost two hours early — at 4:43 a.m.”We always prioritize safety over speed records, but our highly trained pilots made the most of the conditions to get customers back to London well ahead of time,” British Airways said in a statement to ABC News.The Atlantic jet stream is powering Storm Ciara, which is hitting the U.K. with hurricane-force winds and severely disrupting air travel in Europe.Copyright © 2020, ABC Audio. All rights reserved.

Heavy fighting breaks out between Azerbaijan and Armenia

Queen Elizabeth II dies at 96: How the British royal line of succession changes