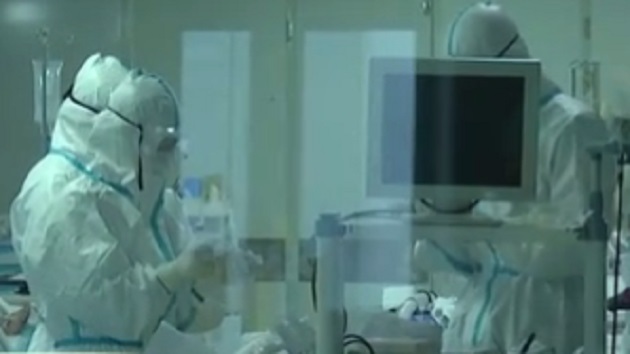 ABC News(WUHAN, China) — The death toll from the coronavirus surpassed the number of people who were killed by the 2002-2003 SARS outbreak, Chinese health officials said.As of Sunday, 812 people died in China after contracting the virus, according to the World Health Organization (WHO), and there are a total of 37,251 confirmed cases in the country.There were 89 coronavirus deaths and 2,657 new confirmed cases reported in the country in the 24 hours leading up to Sunday’s update, according to the WHO.During the SARS outbreak, there were 774 reported fatalities and 8,098 cases.China, Hong Kong and Vietnam are the only locations so far to have deaths related to the coronavirus as of Sunday, according to the World Health Organization. A 60-year-old American who was living in China is among the fatalities.The unidentified man died at the Jinyintian Hospital in Wuhan, China, where the outbreak began, on Feb. 6. Secretary of State Mike Pompeo offered condolences to the ex-pat’s family on Saturday.At least 12 Americans are aboard a cruise ship that has been docked in Japan for a 14-day quarantine after some passengers and crew tested positive for the coronavirus. As of Sunday morning, 70 people on board of the Diamond Princess tested positive for the virus, including an American in her 70s, the Associated Press reported.Another cruise ship, the World Dream, was docked for quarantine in Hong Kong since Wednesday and was allowed to disembark from the Ki Tak Cruise Terminal Sunday. Dream Cruises, which operated the boat, said its 1,814 crew members tested negative and none of the nearly 1,800 passengers had come into contact with the eight mainland Chinese passengers who were on the ship the last month and later diagnosed with the virus.