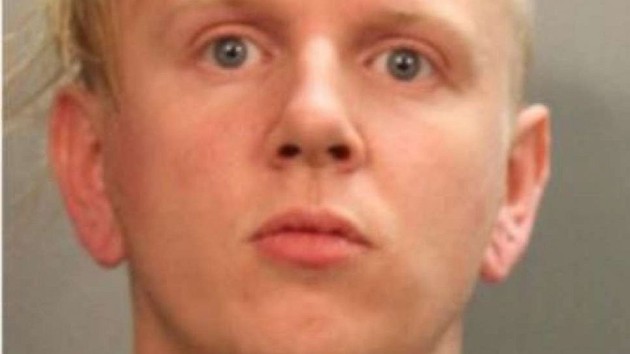 Jacksonville Sheriff’s Office(JACKSONVILLE, Fla.) — A man has been arrested after allegedly deliberately driving a van into a tent full of Trump supporters who were working to register new voters at a shopping center parking lot.The incident occurred on Saturday afternoon in the Kernan Village Shopping Center in eastern Jacksonville, Florida, when a man, later identified by the Jacksonville Sheriff’s Office as 27-year-old Gregory Timm, allegedly drove a van through a tent where people were working to register voters. The driver narrowly missed several people in the tent and fled the scene after the incident by car.Images posted on Twitter by the Duval County GOP show a multi-colored brown and gold van fleeing in the aftermath of the incident.

“We are outraged by this senseless act of violence toward our great volunteers,” said Duval GOP Chairman Dean Black in a statement on Facebook. “The Republican Party of Duval County will not be intimidated by these cowards and we will not be silenced. I call on every Republican in our great city to stand up, get involved, and show these radicals that we will not be intimidated from exercising our Constitutional rights.”Jacksonville Mayor Lenny Curry posted a statement on Twitter condemning the senseless act of violence.“I just spoke to the local GOP chair. This is outrageous. The hate is toxic and dangerous. Thankfully no one was injured but certainly they are shaken after being targeted because they were registering voters. I’ve spoken to the Sheriff and of course his team is on top of this,” Curry said in the statement.The case also caught the attention of President Donald Trump, who tweeted out a stern warning.

Law Enforcement has been notified. Be careful tough guys who you play with! https://t.co/1Pq0hOrzy2

Both Florida senators — Marco Rubio and Rick Scott — weighed in as well.

Thanking God that no one was injured in today’s politically motivated attack against @DuvalGOP volunteers today. https://t.co/qKaJ8takNB

This appears to be a politically-motivated attack on hard-working volunteers in Duval County. Thankful that no one was hurt. @DuvalGOP will not be silenced or intimidated. They will redouble their efforts to support strong Republicans in NE Florida and around the state! https://t.co/F4Qi7hk7CR

Timm was arrested several hours later and charged with two counts of aggravated assault on a person 65 years of age or older, one count of criminal mischief and driving while driver’s license suspended, according to the Jacksonville’s Sheriff’s Office.In the aftermath of the incident, the Duval County Republican party said: “The Republican Party of Duval County plans to redouble its efforts to register voters and will continue its fight with renewed intensity to re-elect President Donald Trump.” Copyright © 2020, ABC Audio. All rights reserved.