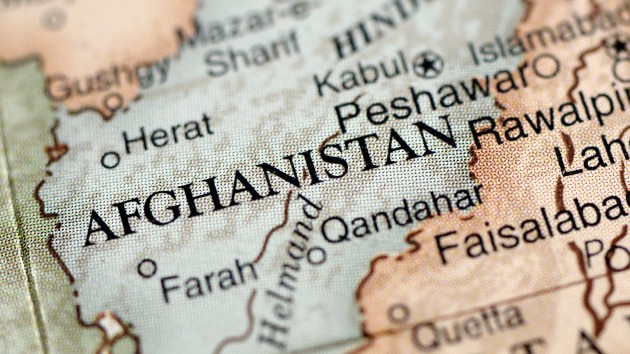 KeithBinns/iStock(WASHINGTON) — Two U.S. military service members and one Afghan National Army member were killed in a firefight in eastern Afghanistan on Saturday, according to military statements. The incident is being investigated as a possible insider attack, though no motive has been determined. Six others were wounded in the fight, which took place on Feb. 8 in Sherzad district, Nangarhar province, according to U.S. Forces-Afghanistan. The wounded service members are being treated at a U.S. facility, per a statement.”Upon completing a key-leader engagement at the district center, current reports indicate an individual in an Afghan uniform opened fire on the combined U.S. and Afghan force with a machine gun,” the U.S. Forces- Afghanistan statement said. “We are still collecting information and the cause or motive behind the attack is unknown at this time,” said the statement. “The incident is under investigation.” In accordance with U.S. Department of Defense policy, the names of the service members killed in action will be withheld until 24 hours after notification of next of kin is complete.The Afghan Defense ministry said in a statement, “Attacks such as this by our enemies fail to have negative effects on the friendship and spirit of cooperation and between the ANDSF and U.S Military forces. We will continue our fight against terrorism together.” “The leadership of the Ministry of Defense extends condolences to the families and friends of all the brave martyred force members and prays for the quick recovery of the injured members of the forces,” the statement continued. Earlier, the 7th Special Forces Group (Airborne) based in Eglin, Florida, had tweeted that “several 7th SFG(A) Soldiers were injured or killed during combat operations in Afghanistan on February 8, 2020. The families of the deceased and wounded are being notified. In accordance with DoD policy, the names of the causalities are being withheld until 24 hours.” Four other U.S. service members have been killed in Afghanistan this year, two in a roadside explosion and two others when their U.S. Air Force E-11B aircraft crashed because of an apparent mechanical issue.2019 saw increased levels of violence against American troops in Afghanistan that made it the deadliest for U.S. forces in that country in five years. There are about 13,000 American troops in Afghanistan, most of whom are involved in the training and advisory mission to help the Afghan security forces in their fight against the Taliban and the Islamic State affiliate. The remainder are engaged in a counter-terrorism mission against those two groups. The Trump administration restarted peace talks in December with the Taliban that had broken down in September following the death of a U.S. soldier in Kabul. U.S. officials have said that the administration is considering a unilateral reduction in American forces down to 8,600 but that no presidential decision has been made. Copyright © 2020, ABC Audio. All rights reserved.