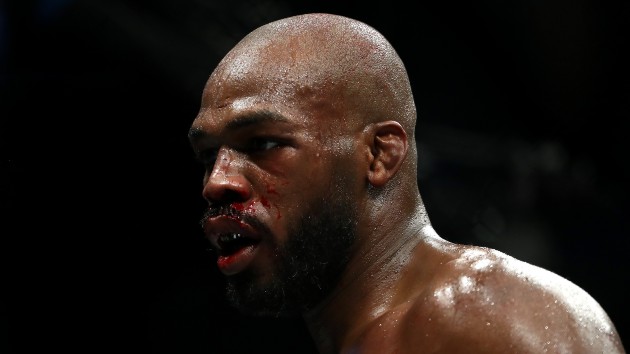 Ronald Martinez/Getty Images(HOUSTON) — It was a close call but Jon Jones came out victorious Saturday night at UFC 247, keeping his light heavyweight title.Jones was named the winner of the fight over Dominick Reyes by unanimous decision (48-47, 48-47, 49-46) after the fifth round. The victory came even after Reyes landed more significant strikes than Jones, marking the first time the 32-year-old had been outstruck by an opponent in his fight career, according to ESPN.With the win, Jones passed Georges St-Pierre to become the winningest UFC fighter in title bouts with 14.Copyright © 2020, ABC Audio. All rights reserved.