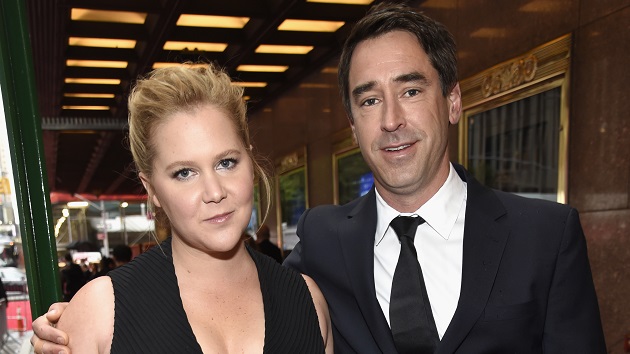 In honor of their anniversary on Thursday, February 13, the comedian posted a photo of her sleeping husband, chef and farmer Chris Fischer, along with a sweet caption.

“It’s my anniversary to marrying this guy,” she wrote. “I’m really glad we got married.”

The 38-year-old also revealed how supportive her spouse had been by detailing an incident involving their nine month old son.

“Our baby was sick and got his first fever this week and I cried hard and Chris was solid as a rock,” she added. “Anyone else cry the first time their baby got sick?”

She and Fischer welcomed their son Gene last May via cesarean section.

Last month, Schumer revealed on Instagram that she’s going through the in vitro fertilization process “to give Gene a sibling.”

In NYC’s Central Park, rangers rush to save rare duck with injured beak
Bloomberg campaign signals renewed focus on Democratic front-runner Bernie Sanders ahead of SC primary
US Navy’s 7th Fleet to screen all personnel boarding ships for coronavirus
Pompeo: US, Taliban deal ‘historic opportunity for peace,’ but women’s rights up to Afghans
“I’m not a huge fan of the genre”: Don’t expect to see Liam Neeson in any other superhero movies
Ready to roar: Shooting begins on ‘Jurassic World: Dominion’