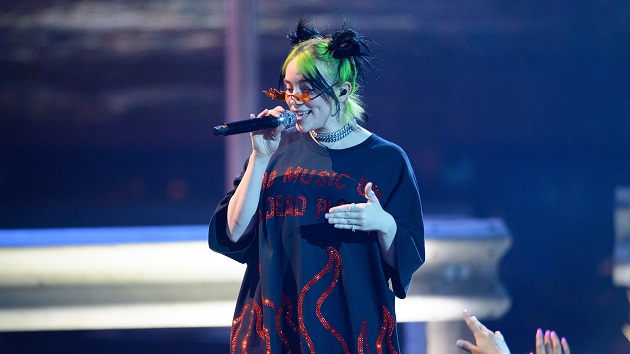 (LOS ANGELES) — The name’s Eilish, Billie Eilish and her James Bond theme song, “No Time To Die,” is officially here.

The 18-year-old singer, who happens to be the youngest Bond singer in franchise history, teamed up with her brother Finneas for the highly anticipated tune that dropped on February 13.

From the moody lyrics to the orchestral guitar-work by former Smiths guitarist Johnny Marr, “No Time To Die” nails the essence that is James Bond.

The song is also befitting given that the latest installment of the film series will be star Daniel Craig’s fifth and final time portraying the MI6 agent.

The upcoming spy film will follow Bond as he is recruited to help find a missing scientist. When it’s discovered the scientist has been abducted, he finds himself confronted with a dangerous new technology and villain, played by Academy Award winner Rami Malek.

No Time To Die is scheduled to hit theaters April 10.

Trump maintains Russian interference in 2020 election is about Sanders, not his reelection
In NYC’s Central Park, rangers rush to save rare duck with injured beak
US Navy’s 7th Fleet to screen all personnel boarding ships for coronavirus
Pompeo: US, Taliban deal ‘historic opportunity for peace,’ but women’s rights up to Afghans
“I’m not a huge fan of the genre”: Don’t expect to see Liam Neeson in any other superhero movies
Ready to roar: Shooting begins on ‘Jurassic World: Dominion’