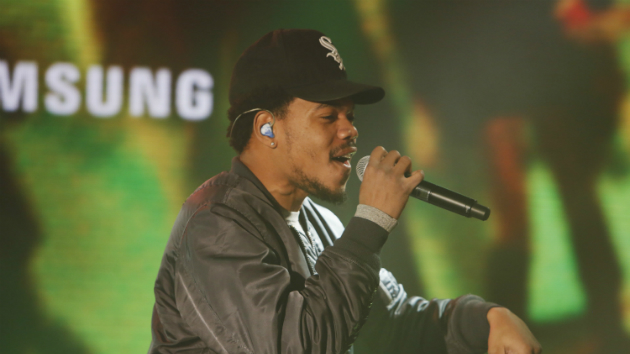 ABC/Randy Holmes(LOS ANGELES) — Chance The Rapper is talks with Warner Bros. and MGM to start in the live-action musical adaptation of Sesame Street, according to Collider. Last year, Chance met a few iconic Sesame Street characters during a teachable “T is for Theatre” skit with Elmo and Cookie Monster.

The movie role will be Chance’s second major acting gig; he made his film debut in the 2018 horror-comedy Slice. Anne Hathaway is on board to star in Sesame Street film, which would cast the Chicago rapper as a mayor’s aide.  The role reflects Chance’s family background: His father Ken Bennett was a deputy assistant to President Obama and also served as director of public engagement under former Chicago Mayor Rahm Emmanuel.

According to Collider, the movie will find the Sesame Street characters lost in New York City after being expelled from their own neighborhood. They then team up with a history show host to prove that Sesame Street actually exists. Portlandia’s Jonathan Krisel will direct the musical, which will feature song contributions from comedic writer and director Bo Burnham.

Sesame Street the TV series first premiered on PBS in 1969. It’s produced by Sesame Workshop, which holds the rights to the show and plan to be heavily involved in the film’s development. Sesame Street is expected to hit theaters in January 2022.

Meanwhile, Chance is set to host the Punk’d revival on content platform Quibi. He also contributes his voice to the upcoming animated film Trolls World Tour.