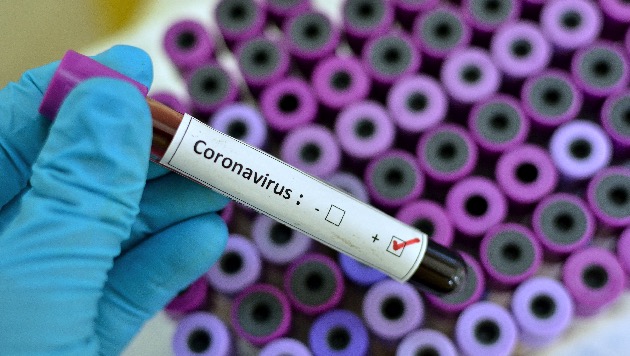 jarun011/iStock(NEW YORK) — Countries around the world are scrambling to stymie the spread of a deadly viral outbreak that began in China about two months ago and has now infected more than 90,000 people globally.Today’s biggest developments:

COVID-19 is deadlier than the flu, WHO says.
New presumptive positive case reported in Northern California.
U.S. death toll at 9.

Here’s the latest on the developing situation. All times are Eastern. Please refresh this page for updates.5:45 a.m. COVID-19 is deadlier than the flu, WHO saysThe disease caused by the novel coronavirus, known officially as COVID-19, is more than three times as deadly than the season flu, according to the head of the World Health Organization.”Globally, about 3.4% of reported COVID-19 cases have died,” WHO Director-General Tedros Adhanom Ghebreyesus said at a press conference in Geneva Tuesday. “By comparison, seasonal flu generally kills far fewer than 1% of those infected.”Although the newly identified virus does not spread as easily as the flu, it causes more severe illness and there are currently no vaccines or therapeutics.”While many people globally have built up immunity to seasonal flu strains, COVID-19 is a new virus to which no one has immunity,” Tedros said. “That means more people are susceptible to infection, and some will suffer severe disease.”3:30 a.m. New presumptive positive case reported in Northern CaliforniaPublic health officials in Northern California’s Placer County have reported a second case of the novel coronavirus after a hospitalized patient tested “presumptively positive,” pending confirmation from the U.S. Centers for Disease Control and Prevention.In a press release issued late Tuesday night, Placer County Public Health said the patient is an older adult whose exposure to the newly identified virus, known officially as COVID-19, likely occurred during their time on a Princess Cruises ship that traveled from San Francisco to Mexico last month. It’s the same cruise associated with a confirmed case announced previously in Sonoma County.”As the case appears connected to travel, it most likely does not represent an instance of local community spread,” Placer County Public Health said in the press release.The Placer County patient is critically ill and in isolation at a local hospital. Close contacts of the individual are being quarantined and monitored.The county has declared a local health emergency as well as a local emergency.“We expect to see additional cases in coming days, including cases of community spread, not linked to travel,” said Health Officer Dr. Aimee Sisson. “We are declaring these emergencies today so we will be able to activate and deploy resources to adequately respond to an increase in cases.”As of Tuesday, the CDC counted 108 confirmed and presumptive positive cases of COVID-19 in the United States. That number includes 60 Americans whose cases were confirmed by the local U.S. health systems, 45 who were repatriated from the Diamond Princess cruise ship quarantined off the coast of Japan and three who were repatriated from Wuhan, China, where the virus emerged back in December.So far, nine people sickened with the virus in the United States have died.More than 80,000 people have been infected with the virus in China, mostly in central Hubei province, which includes Wuhan, the epicenter of the outbreak, and nearly 3,000 of them have died. Meanwhile, over 10,000 have tested positive for the virus in 72 other nations and 166 have died, according to the latest data from the World Health Organization, which has declared the outbreak a global health emergency.Copyright © 2020, ABC Audio. All rights reserved.