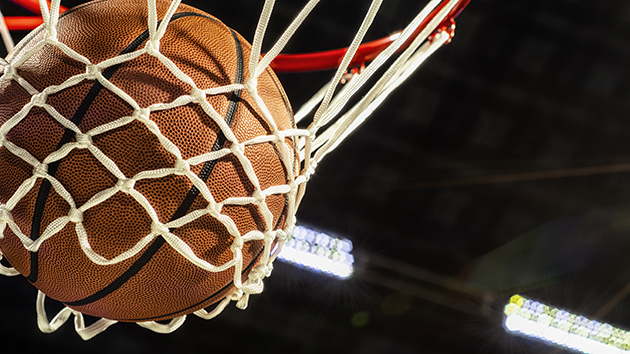 cmannphoto/iStock(BURLINGTON, Vt.) — Five years after a car accident left University of Vermont basketball player Josh Speidel with a traumatic brain injury, the senior started his first Division I college basketball game.The Vermont Catamounts honored Speidel by including him in the team’s starting lineup on Senior Night against Albany. The former three-star recruit and prep-school standout opened the game by scoring on a layup — a prearranged moment that sparked a long ovation from the stands.Players from both teams hugged Speidel, who shared a moment with Albany coach Will Brown, before returning to the Vermont bench to hug each of his teammates and coaches. After the game, Speidel joked that he briefly thought about missing his first shot on purpose, “maybe to get an offensive rebound in there.””But I figured I might as well go one-for-one and shoot 100% in my college career,” he told ESPN’s Michael Lehr.Josh was injured in a February 2015 crash, after which he spent five weeks in a coma. Doctors told his parents to prepare for the possibility that he would spend the rest of his life in a vegetative state, needing 24-hour care. They also warned that he’d never read about a fourth-grade level.This spring, Speidel will graduate from Vermont with a 3.4 GPA. Speidel was emotional after the game, telling Lehr that seeing his name in the box score was “a dream come true.”Head coach John Becker shared his own sentiments on ESPN’s SportsCenter with Scott Van Pelt, saying that he’d “been part of a lot of championship games here, and a lot of sellout crowds, but this thing…was bigger than all of those things.”Copyright © 2020, ABC Audio. All rights reserved.