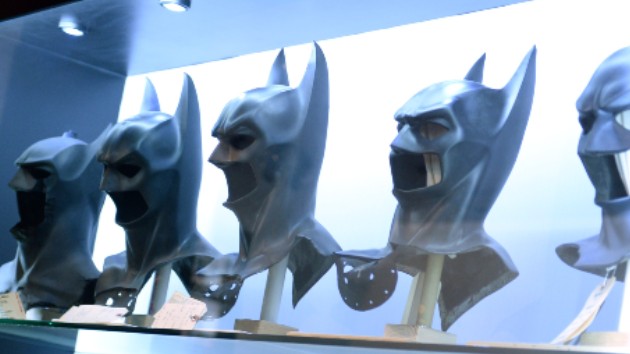 ROBYN BECK/AFP via Getty Images(LOS ANGELES) — In a post that is already revving the engines of gearheads and geeks alike, director Matt Reeves has revealed the Batmobile Robert Pattinson will be driving as the Caped Crusader in The Batman.

Since the movie is set during Bruce Wayne’s first years as Batman, his Batmobile is a mean-looking vehicle that looks as if it had been adapted from an American muscle car:  It’s got the curves of a vintage Chevy Camaro with front end reminiscent of a Dodge Challenger.

It’s far different than the art-deco aesthetic of Tim Burton’s 1989 superhero whip, and — thankfully — light years away from the kaleidoscopic light-up nightmare Joel Schumacher had George Clooney’s Batman pilot back in the day.

And, like all things in the world of geek, the reveals touched off immediate tidal wave of posts, pro and con. On the Facebook page for The Replica Props Forum, the reaction was mixed. “WHOA an actual car for the Batmobile!!!..Awesome..” posted one user.

But another sniped, “I didn’t know they were making a Fast and the Furious Batman spin-off.”

Others praised the comic book-style origins of “an actual mobile Batmobile” as opposed to Nolan’s “Transformers reject.”