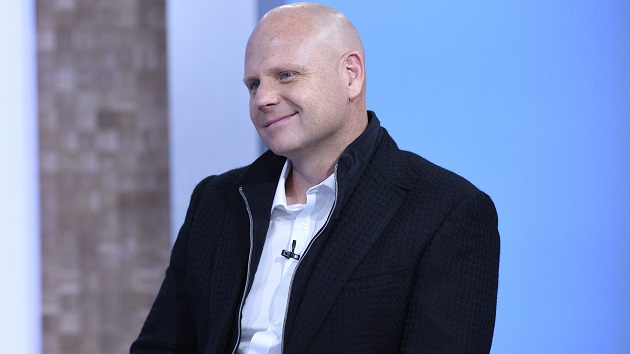 ABC/Paula LoboFamed aerialist Nik Wallenda is about to embark on his most challenging feat tonight, walking across one of the globe’s most active volcanos.

Live on ABC, Wallenda will wire-walk over Nicaragua’s Masaya volcano — dubbed the “mouth of Hell” — which has erupted 13 times in the past 30 years.

Besides tonight’s stunt being his biggest, it very well could be his most dangerous.

“It’s a wire walker’s worst nightmare,” he reveals. “I’ll be dealing with elements of wind. It is very windy in that area at times, which is a huge concern for any wire walker, of course, but also dealing with heat.”

“It can be blinding, where you can’t see, not because it burns your eyes, which it does,” explained Wallenda. “It’s a sulfuric gas — high CO2 level. So you can’t breathe very well.”

So, why even try this stunt at all when it seems like the entire deck of cards is stacked against him?

Besides holding up his family legacy, in which he is a seventh generation wire walker, the daredevil has a much simpler reason, “It’s my passion. It is truly what I love to do.”

Nik’s a descendant of The Flying Wallendas, a circus act that originated in 1922 and gained worldwide notoriety for performing a variety of highwire daredevil stunts without a safety net.

The live two-hour special, Volcano Live with Nik Wallenda, will air at 8 p.m. ET on ABC.

Nor’easter to bring heavy rain, strong winds and snow to Northeast
From buzzing bees to solar panels: Inside Bentley’s green shift
What Congress’ vote to decriminalize marijuana means for you
House votes to federally decriminalize marijuana
How House Republicans could mount last-ditch effort to contest election results
Chadwick Boseman to be posthumously honored during ‘MTV Movie & TV Awards: Greatest of All Time’