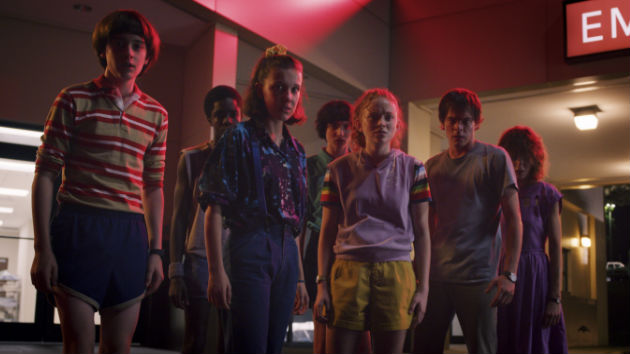 In an interview with Mastermind Magazine, the 17-year-old shared a few instances that introduced him to the intense and, in these cases, scary side that comes with fame.

“When I was 13, some adults followed me back to my condo when I was shooting It,” Wolfhard told the publication. “Stranger Things had just come out, and I was by myself.”

“As I walked faster, they walked faster. I was getting a bit antsy by the time I got to the door,” he recalled. “Suddenly, they were like, ‘Hey, dude, can we get a selfie?’ And I was like, ‘No you can’t have a selfie! How about don’t follow children?"”

In another instance, Wolfhard revealed that he had his taxi followed by a “pretty relentless” driver, who proceeded to follow him after stepping out of the vehicle.

The Canadian actor also experienced some intense fans with his former band, Calpurnia. Apparently they had to stop playing some of their shows “because people were getting crushed.”

Wolfhard’s full interview can be found in Mastermind Magazine, which is available for preorder now.