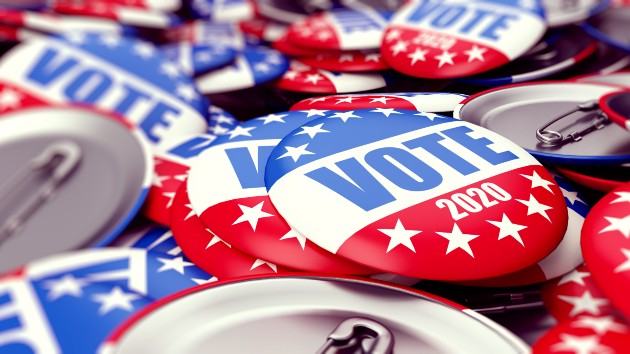 10:40 a.m. Trump: Bloomberg ‘didn’t have what it takes’President Donald Trump responds to Bloomberg, his bitter rival, announcing he’s leaving the 2020 race. “Mini Mike Bloomberg just ‘quit’ the race for President. I could have told him long ago that he didn’t have what it takes, and he would have saved himself a billion dollars, the real cost,” Trump said in a tweet. He also criticizes Bloomberg endorsing Joe Biden. “Now he will pour money into Sleepy Joe’s campaign, hoping to save face,” Trump said. “It won’t work!”

10 a.m. Bloomberg drops out of 2020 Democratic primary, backs BidenMichael Bloomberg is withdrawing from the 2020 primary this morning, and endorsing Joe Biden as he exits the race. Bloomberg says in a statement that, after the Super Tuesday results, he did not see a viable path to the nomination. “I’ve had the chance to work with Joe on those issues over the years, and Joe has fought for working people his whole life. Today I am glad to endorse him – and I will work to make him the next President of the United States.” Bloomberg said.

10:05 a.m. Aide: Elizabeth Warren to asses ‘the path forward’ABC News’ Cheyenne Haslett and Sasha Pezenik report a Warren campaign aide says, “Elizabeth is talking to her team to assess the path forward.” Another campaign staffer said that the whole staff received an email, “saying our campaign is gonna announce [Elizabeth Warren] talking to team about next steps.” 9:50 a.m. Clyburn: ‘A bit surprised’ by how well Super Tuesday went for BidenRep. Jim Clyburn, the influential South Carolina Democrat, said Wednesday morning that he was a bit surprised by how well Super Tuesday went for Biden. Clyburn endorsed Biden last week ahead of Saturday’s key South Carolina primary, a victory that triggered a resurgence of Biden’s campaign. “It did go better than many of us expected. To be one point ahead in Maine, I didn’t expect that,” Clyburn said on CNN. “To be winning Massachusetts, I did not expect that at all.” At the same time, Clyburn said he is not surprised by the victory in Texas. He said if he were Elizabeth Warren or Mike Bloomberg, he would reassess, adding that he hopes Bloomberg will “coalesce” around Biden. 8:44 a.m. Biden’s big comeback, but many delegates yet to be allocatedIn the all important race to 1,991 pledged delegates — the magic number to secure the Democratic nomination on the first ballot at July’s convention in Milwaukee, Biden finds himself in the front of the pack, with ABC News estimating he’ll pick up at least 326 from Super Tuesday’s haul. The 1,344 delegates up for grabs in Super Tuesday’s 15 contests represent 34% of total pledged delegates — and more than half have yet to be allocated to candidates. As of Wednesday morning, both California — which has a whopping 415 delegates — and Maine remain too close to call.Citing extreme wait times and technology failures in the Golden State, the Sanders campaign even filed a complaint late Tuesday demanding that Los Angeles County polls stay open late. Texas, too, saw voters lined up through the early hours of Wednesday morning.The Sanders campaign had expected a sweeping Super Tuesday win, but with the last-minute departures of Sen. Amy Klobuchar and former South Bend, Indiana, Mayor Pete Buttigieg from the race and their endorsements of Biden, those expectations were disrupted.Biden hugely benefited from the consolidation of those moderate candidates, pulling huge upsets in Klobuchar’s home state of Minnesota and Sen. Elizabeth Warren’s home state of Massachusetts. In total, nine states have been called in Biden’s favor — Alabama, Arkansas, Massachusetts, Minnesota, North Carolina, Oklahoma, Tennessee, Texas and Virginia — bringing his total pledged delegate count to 379 as of 8 a.m. ET.Meanwhile, Sanders has taken wins in three states — Colorado, Utah and his home state of Vermont — bringing his total pledged delegate count to 313. It’s a tale of two parties: Biden sweeps among black, suburban and older voters, while Latino and young voters sided with Sanders. Electability was the primary concern among voters across exit polls, but health care was polled as the electorate’s most important issue.The race now appears to be one between Biden and Sanders, with former New York City Mayor Mike Bloomberg, Rep. Tulsi Gabbard, D-Hawaii, and Warren failing to make any significant inroads. Bloomberg, the billionaire who spent more than half a billion dollars on advertising alone, didn’t win a single state Tuesday, only taking home a win in American Samoa’s territorial caucus, which had the least amount of delegates — six. As of 8 a.m. ET he has only 12 delegates so far. While he’s almost sure to pick up more, it wasn’t the showing he had hoped for when he skipped out on the first four early states, in hopes of raking in the delegates on Super Tuesday. When his campaign manager was asked on Tuesday whether Bloomberg had given any thought to dropping out and endorsing Biden, he said, “I think we’ll find out today how successful Mike has been, or how successful the vice president has been, and I expect one of them to be the nominee, and I expect the other to be supporting that person.” Warren came in third in her home state, prompting calls from progressives for the party’s left to consolidate. According to ABC News’ exit poll analysis, Sanders is leading in California while Biden appears likely to take Maine. But in addition to California, the other most delegate-rich state that voted Tuesday, Texas, still has 148 unassigned delegates. While ABC News projected Biden the winner, with 93% of the expected vote in as of 8 a.m. ET, Sanders is only trailing by three points, meaning he may pick up a significant amount of delegates there, despite losing the state. Unlike the Republican Party, the Democrats have no “winner take all” states, so the delegates are all allocated proportionally to candidates who get at least 15% of the vote at the district level and/or statewide. Biden seem like the big winner on Tuesday, but simply winning states doesn’t win a candidate the nomination. The delegates are what really matter, and when the rest are allocated, it may look like a closer race than it does only based on how many states a candidate can claim victory.