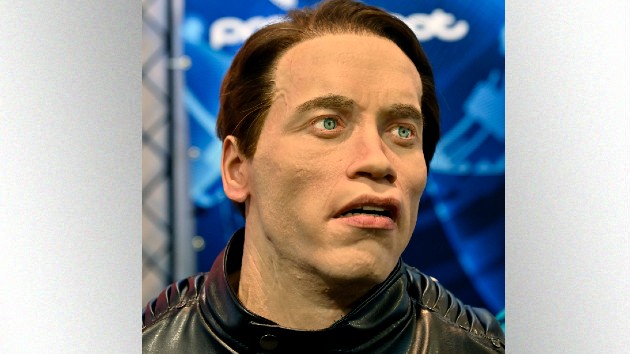 Promobot at CES 2020 – David Becker/Getty Images(LOS ANGELES) — It may be time for Russian robot company, Promobot, to say “hasta la vista” to one of its products.

Promobot, which makes autonomous service robots, is being sued by Arnold Schwarzenegger’s company for using the former Governor of California’s likeness without his permission, according to TMZ.

The specific product causing legal troubles for Promobot is called the Android Robo-C and can be crafted to look like whoever the buyer wants. In this case, the lawsuit alleges that the company is using a Schwarzenegger-like model for ads and at public events, something that he is typically very strict about because “such activity diminishes his hard-earned and well-deserved reputation as a major motion picture star.”

In January, the Terminator actor’s lawyer, Marty Singer, issued a cease and desist letter, however, Promobot continued to use the look-alike robot, which is why a lawsuit has now been filed for misappropriation of the 72-year-old’s right of publicity.

Schwarzenegger’s company is seeking an injunction blocking Promobot from using his likeness, $10 million plus any profits made off the clone-bot, punitive damages and attorneys’ fees.