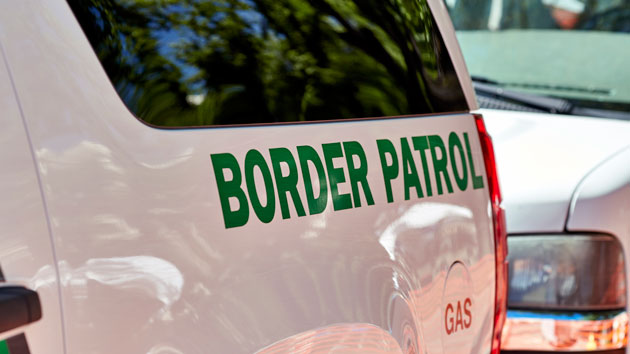 wingedwolf/iStock(WASHINGTON) — The number of unauthorized migrants arrested at the southern border ticked up slightly last month, marking an end to the 8-month decline reported by officials since last May.U.S. Customs and Border Protection apprehended and refused entry to 37,119 migrants attempting to cross at U.S.-Mexico ports of entry and illegally between ports in February, according to CBP numbers released Thursday.That’s up from 36,660 in January, but still almost half as many compared to February 2019.Out of all those stopped and arrested, the number of inadmissible migrants — those not permitted by law to enter or remain in the U.S. due to health, criminal activity, national security, lack of labor certification, etc. — at U.S. ports of entry declined slightly from 7,454 in January to 7,051 last month.”The leveling off actually represents a dramatic reduction in what we saw last year,” Acting CBP Commissioner Mark Morgan said Thursday.The increase was largely driven by more unaccompanied children and single adults from Mexico attempting to cross the border.The share of migrants coming from Central American countries that produced the majority of southwest migration last year has largely declined, according to CBP.Pointing to Immigration and Customs Enforcement deportations, as the months-long reduction in temporary releases of migrants from Border Patrol custody, Morgan said the latest figures represent “incredible progress.””We are applying a consequence or pathway to 95% of those we encounter,” he said.As he’s done since the number of unauthorized crossing attempts began declining last summer, Morgan said the administration’s restrictive and controversial asylum policies have been working.”What this has done is sent a strong deterrent message,” Morgan said, referring specifically to the administration’s “Remain in Mexico” policy, which forces refugees to wait for their immigration court date in dangerous Mexican border towns.The number of unauthorized children and families attempting to cross last year overwhelmed CBP resources, leading to wide-spread overcrowding at Border Patrol stations that were not designed for long-term care.Prior to that 2019 surge, the Trump administration attempted to institute a “zero tolerance” policy at the border. The result was the expedited separation of parents and children attempting to enter the U.S. without proper documentation.In a new report released Thursday, federal inspectors found that administration officials tasked with handling separated children were unprepared for the volume and failed to provide them with “prompt and appropriate care.”[The Department of Health and Human Services] has taken steps to improve tracking of separated children, but the procedures include manual processes that are vulnerable to error,” investigators wrote.Copyright © 2020, ABC Audio. All rights reserved.