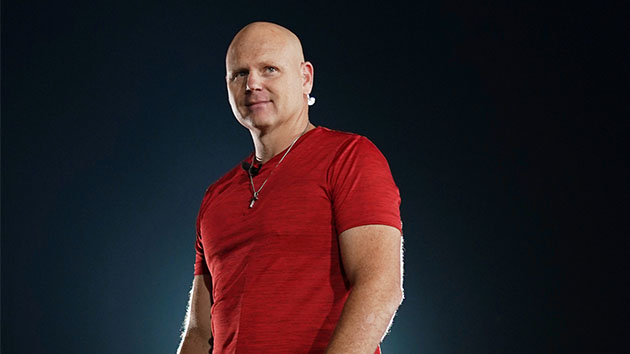 ABC/Jeff Daly(MASAYA, NICARAGUA) — Nik Wallenda, the so-called “King of the Highwire,” pulled off his most dangerous stunt yet — traversing Nicaragua’s Masaya volcano, dubbed the “Mouth of Hell.”

The walk was televised live Wednesday night on ABC in a special entitled, Volcano Live with Nik Wallenda.

Nik’s trek — his highest and longest walk to date — was made even more difficult by the fact that he had to wear a gas mask and goggles to protect himself from the toxic, foul-smelling sulfur dioxide gas rising from the volcano, which can cause burning of the eyes, lungs and skin…as well as dizziness.

Along the way, he conversed with the people on land, praying, singing hymns and even cracked a joke at one point about how “ridiculous it is what you have to do to get a good view of a volcano these days.”

Prior to Nik’s walk, his wife, Erendira Wallenda performed a stunt of her own — an aerial ballet over the volcano while attached to the highwire.  The stunt was supposed to be performed hanging from a helicopter, but had to be scrapped when stunt pilots determined that the wind was too unpredictable.

New storm system to travel across the South this weekend
At full capacity, hospitals across US lack beds or equipment to treat COVID-19 patients
US successfully intercepts ICBM with ship-launched missile in historic test
Hospital ICUs running out of space due to COVID-19 surges across the country
First athlete with Down syndrome completes Ironman triathlon
Voters pass dozens of environmental ballot measures across the country