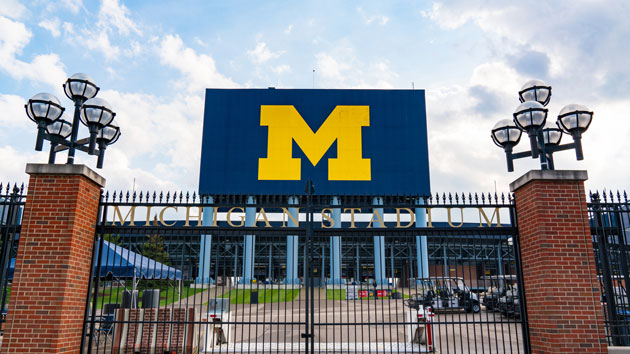 pabradyphoto/iStock(ANN ARBOR, Mich.) — They stood up against one Michigan university over a doctor who took advantage of his patients, and now a group of women is standing in solidarity with accusers who say the same thing happened to them at another Michigan school.Three women who were abused by former Michigan State University doctor Larry Nasser called on administrators at the University of Michigan Thursday to come clean about their knowledge and dealings with former school physician Robert E. Anderson, who has been accused of sexual assault by several men.The Nassar survivors joined three of Anderson’s accusers at a news conference at Ypsilanti, Michigan, and saluted the three men for their courage in coming forward.”To the survivors here and for anyone else out there … we are here for you,” said Amanda Thomashow, a former MSU student who filed a Title IX complaint against Nassar. “We believe you. We are listening. We stand with you.”Anderson, who passed away in 2008, was a sports team physician at the University of Michigan from 1966 until 2003. Several former athletes and patients have come forward in recent weeks with allegations that Anderson molested and sexually abused them over several years.Former student Robert Stone told reporters at the news conference that he remained silent for decades about the abuse he received while he was Anderson’s patient in the 1970s, but decided to speak out after seeing how the Nassar victims fought to have their accuser pay for his crimes. Nassar was sentenced in 2018 to 40-175 years in prison for multiple sex crimes.A teary-eyed Stone slammed the University of Michigan for allowing Anderson to practice medicine and not taking action against him when victims complained.”The university allowed it to continue. They provided a venue for his assaults. They gave him an exam room and they gave him a series of subjects that he could take advantage of,” he said.Lawsuits have been filed by four former University of Michigan athletes who accused the school of covering up their sex abuse by Anderson.Kim Broekhuizen, a spokeswoman for the University of Michigan, told ABC News in a statement that the school shares the goal of gathering the facts behind Anderson’s alleged abuse and that it is conducting an investigation into the abuse and “the institutional failings of the university.” It plans on sharing its findings publicly, according to the spokeswoman.”For there to be a transparent reckoning of the full history, we again encourage all witnesses and former patients to come forward and share their stories,” Broekhuizen said in a statement.Kaylee Lorincz, a Nassar victim, warned the University of Michigan to not repeat the same mistakes that MSU made during the Nassar case. One of the MSU gymnastics coaches, Kathie Klages, is currently on trial for allegedly lying to investigators about her knowledge of Nassar’s abuses.”I’m asking you to be better than MSU,” Lorincz said. “Look at the course of action that MSU took, and take the exact opposite.”Copyright © 2020, ABC Audio. All rights reserved.