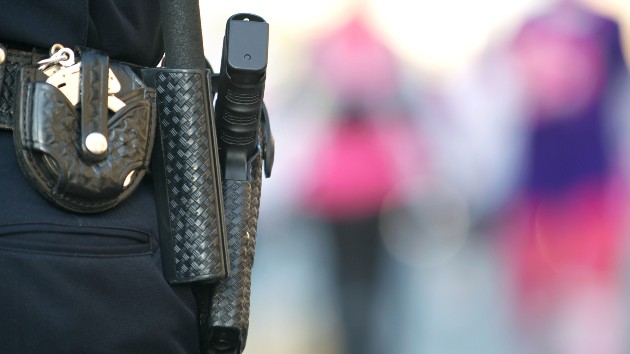 dlewis33/iStock(ST. PAUL, Minn.) — A man who complained that he had shortness of breath and then lost consciousness while in the middle of being arrested has died. The incident happened at approximately 1 p.m. on March 3 in St. Paul, Minnesota, when police officers with the High Plains Fugitive Task Force arrested a man for outstanding felony warrants and he started complaining that he was having a hard time breathing.“During the arrest the individual complained of shortness of breath and paramedics were summoned to the scene,” the Minnesota Department of Public Relations said in a press release. “As paramedics were arriving, the individual lost consciousness.” The individual was immediately taken to Sanford Medical Center but died later on Tuesday evening.Authorities say that there is no body camera footage of the incident and that the Minnesota Department of Public Safety’s Bureau of Criminal Apprehension (BCA) is currently determining whether responding officers were able to record any dashboard camera footage of the incident. An autopsy will be done on the man’s body to determine the ultimate cause and manner of death.Officials say that the BCA is now conducting interviews with people involved in the incident and will identify the deceased once they have notified his family of his death. Copyright © 2020, ABC Audio. All rights reserved.