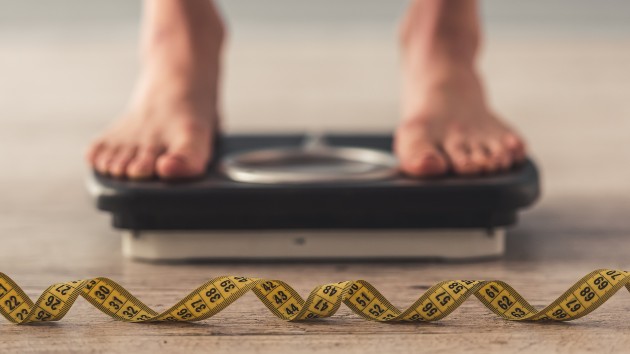 vadimguzhva/iStock(LONDON) — Countries are “worryingly off-track” to meet World Health Organization targets on obesity, the World Obesity Federation (WOF) has said. Around 200 countries had pledged to significantly cut their obesity levels by 2025 — but research by the group suggests they have less than a 10% chance of doing so. The WOF’s report, released to coincide with World Obesity Day on March 4, predicts that one in five adults will be obese by 2025. Five countries — the U.S., China, Brazil, India and Russia — are forecast to account for a third of all adult obesity cases worldwide. The greatest rise in obesity levels over the last 20 years has taken place in low and middle income countries, including Vietnam and Laos.To tackle the issue, a Declaration for World Obesity Day has been drawn up by groups including the WOF, the Obesity Action Coalition, and the Obesity Medical Association. It calls upon governments to tackle the root causes of obesity, which involve designating it as a disease. “The absence of a comprehensive view of obesity has translated into fragmented health systems, weak policies and poor translation of medical knowledge into widely available prevention and care,” explained WOF head Johanna Ralston. She continued: “That is why we are launching a Declaration on obesity, calling on governments and policymakers to join civil society organizations around the world in supporting greater collective action and to further raise awareness about this serious, chronic disease.” The announcement coincides with a survey of 274 health professionals in 68 countries in the Clinical Obesity journal. It concluded that there was a lack of adequate services for obesity treatment across the world, particularly in rural areas and lower-income countries. Copyright © 2020, ABC Audio. All rights reserved.