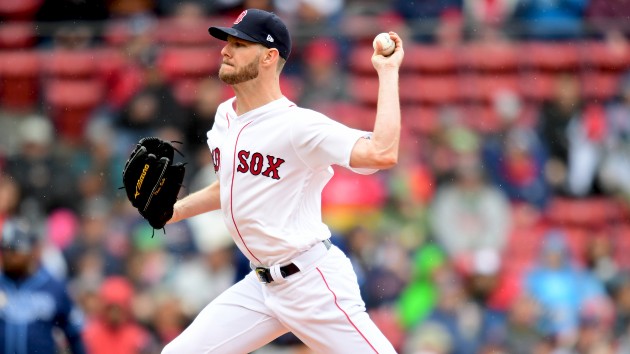 Scott Clarke / ESPN Images(NEW YORK) — While it’s still unknown exactly when Chris Sale will be able to take the mound again, the Boston Red Sox have reportedly received some good news on their starting pitcher.A source told ESPN Wednesday that Sale is not expected to have Tommy John surgery, which would have ended his chances of pitching at all this year.Sale, 30, was pulled from the lineup in August last season over an injury to his left elbow. He closed out the year with a 6-11 record and 4.40 ERA.With the regular season slated to begin later this month, the Red Sox have sought multiple medical opinions on Sale’s elbow to determine how best to proceed with the left-hander, whose five-year extension with the team begins this year.Copyright © 2020, ABC Audio. All rights reserved.