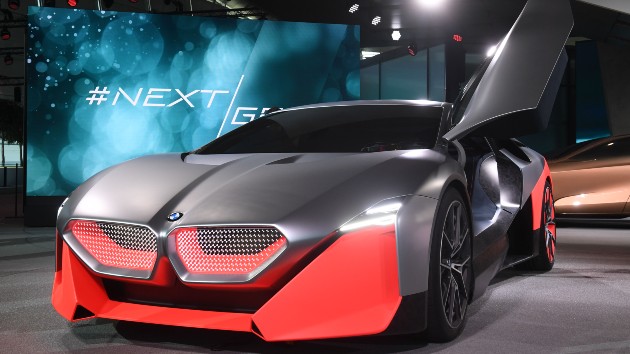 If you’re not aware, electric cars are silent compared to cars that run on gas.  However, drivers are used to the sounds regular cars make, and pedestrians — both seeing and visually impaired — need to be able to hear cars approaching to stay safe.

That’s why the makers of electric and hybrid cars hire sound specialists — like Zimmer — to give their electric cars “voices”.

Zimmer, who scored The Lion King, Gladiator, The Dark Knight trilogy and the Pirates of the Caribbean series,  was tapped to provide the voice of BMW’s Vision M NEXT hybrid. He and BMW acoustic sound engineer Renzo Vitale spent months at Zimmer’s recording studios, creating a “boom sound” that would envelop the driver when the car was in full electric mode.”We had to create a whole new soundscape,” Zimmer told ABC News by phone. “We were not tied to the sound of a petrol engine anymore. I can’t remember how many versions were produced…You start with an idea and play around with it, see what reaction you get.”Zimmer described the final result as “poetic,” noting the sound had to match the driver’s adrenaline as the Vision M NEXT picked up speed.He’ll also be in charge of developing e-sounds for future BMW EVs and plug-in hybrids. But Zimmer said composing a soundtrack for a silent vehicle was no different than composing a film score or writing a piece of music.”It’s just interesting for me to be able to work with a completely different new medium,” he said.