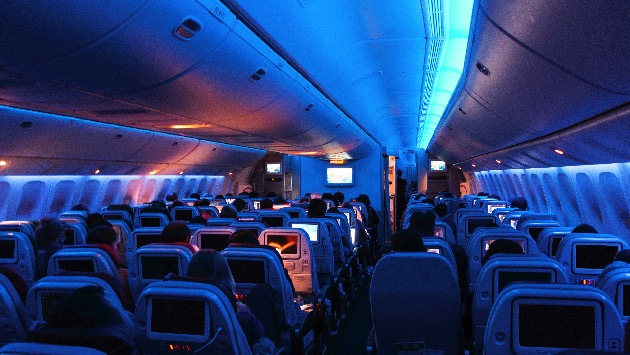 tttuna/iStock(NEW YORK) — As the new coronavirus outbreak continues, U.S. airlines are taking steps to stop the spread by working to keep planes clean and experts have advice for passengers on how to avoid getting sick.When booking your next trip, experts say, select the window seat because it is the best option to avoid infected travelers.”We found that the zone of risk really is from the people seated in the row front of you, the people seated in the row behind you, and the people in your same row — two seats on either side,” Dr. Vicki Hertzberg of Emory University told ABC News. “If you’re in a window, there’s obviously now two seats on one side of you. And so you’ve cut down that zone of risk by actually six people — because the people in front of them and behind them.”In addition, Hertzberg said the cabin air is cleaner than in an office building.”Actually the air in an airplane is every bit as clean. And in fact, more so than in, say, a modern office building, because it’s actually refreshed much more often,” Hertzberg said.Commercial jets have High Efficiency Particulate Air (HEPA) filters, which, according to the International Air Transport Association, capture over 99.9% of airborne microbes.A report sponsored by the FAA found that “the variety and number of bacteria was generally lower on tray table tops than tray table bottoms.”The same study also found high touch surfaces like arm rests had “a generally higher variety and number of bacteria than the tray tables.”On Wednesday, CEOs of major U.S. airlines met at the White House, in an effort to reassure passengers that air travel is safe.”The industry wants to do everything that we can to keep Americans safe and certainly our employees and our customers. We’ve stepped-up our efforts to make sure the airplanes are clean and disinfected, and we work very closely with the CDC, and I think that’s gone very, very well,” Southwest Airlines CEO Gary Kelly said.While all air passenger carriers have cleaning protocols in place, the majority of companies are using “enhanced” techniques to sanitize their planes.Alaska Airlines implemented “an enhanced aircraft cleaning process” on flights parked longer than an hour at the carrier’s hubs. The process focuses on high-touch areas including armrests, seat belts, tray tables, overhead controls and exterior and interior door handles to lavatories, a spokesperson said. The company’s aircraft on the ground overnight will have those same high-touch areas cleaned as well as seats, window shades and overhead compartment handles.Delta Airlines has begun using a fogging technique with a “highly effective, EPA-registered disinfectant” on certain flights.For international flights and aircraft on the ground overnight, American Airlines is utilizing a “more thorough” cleaning of all hard surfaces inside the cabin.JetBlue Airways said it’s “increasing the rigor of cleaning and sanitizing procedures” on its aircraft and disinfecting common surfaces at its airport terminals “more frequently.”Planes in Southwest Airlines’ fleet receive “enhanced” overnight cleanings including “sanitizing, and disinfecting that meets or exceeds recommendations from the Center for Disease Control and World Health Organization.” Copyright © 2020, ABC Audio. All rights reserved.