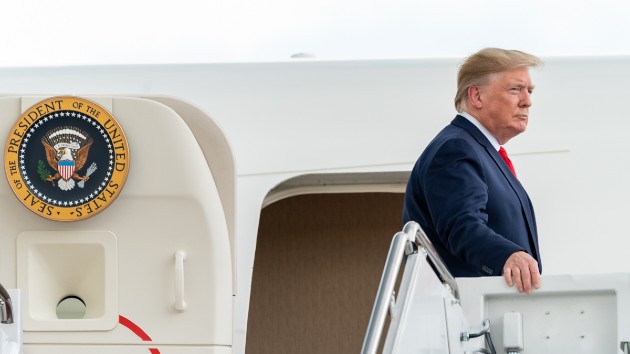 Official White House Photo by Shealah Craighead(WASHINGTON) — President Donald Trump said Friday that he cancelled an announced trip to the Centers for Disease Control and Prevention in Atlanta because it was thought someone there had contracted the novel coronavirus. “We may go — they thought there was a problem with CDC with somebody who had the virus,” he told reporters, adding that the person in question has been tested and it is a negative test.

It wasn’t clear when he might try to go to the CDC.Trump made the remark as he signed the $8.5 billion emergency funding bill passed Thursday by Congress before leaving to head to Nashville, Tennessee to survey tornado damage.Vice President Mike Pence had said Trump would sign the measure at the CDC. Copyright © 2020, ABC Audio. All rights reserved.