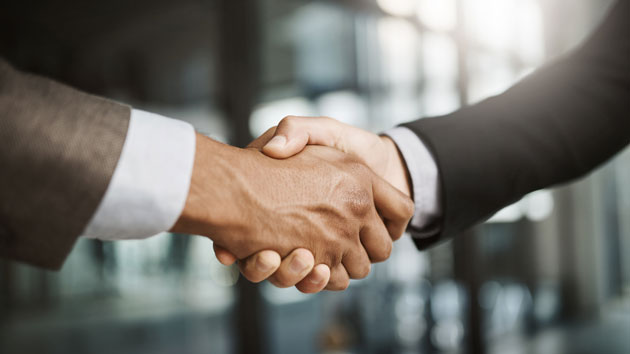 PeopleImages/iStock(WASHINGTON) — President Donald Trump, a self-professed ‘germaphobe,’ continued to shake people’s hands Friday, despite recommendations from health experts urging everyone to maintain distance from one another as coronavirus cases in the U.S. topped 200 and rose to nearly 100,000 worldwide.Asked why on a Fox News town hall Thursday night, Trump said, “I love the people of this country. You can’t be a politician and not shake hands,” while conceding, “I’m not thrilled.”“If there was ever a time that you could convince people not to shake hands, this would be it,” Trump said.Tune into ABC News Live at noon ET every weekday for the latest news, context and analysis on the novel coronavirus, with the full ABC News team where we will try to answer your questions about the virus.On Friday, Trump shook dozens of people’s hands while visiting Tennessee to survey tornado damage from earlier this week.For example, he shook citizens’ hands at the Jefferson Avenue Church of Christ in Cookeville.And he posed with and greeted first responders with a firm handshake.Later Friday, while visiting the Centers for Disease Control and Prevention in Atlanta, a reporter asked him: “You are shaking a lot of hands today and taking close pictures, are you protecting yourself at all?”No, not at all,” he answered.”You know, I am a person that was never big on the hand shaking deal throughout my life. They used to criticize me for it or laugh about it or have fun with it. But if you are a politician, like, I walk in and the doctors have their hands out, ‘Hello, sir, how are you?’ If you don’t shake hands they’re not going to like you too much,” he said.”And I guess that’s my business. I never thought I would be a politician. I guess I’m a politician. But, but the fact is I feel very secure. I feel very secure,” he said.Meanwhile, Vice President Mike Pence, who Trump put in charge of informing the public as head of the administration’s coronavirus task force, has taken to high-visibility elbow-bumping, rather than shaking hands to avoid potential spread of the disease.On Thursday night, for example, while touring Washington State’s Emergency Operations Center, Pence was seen greeting officials with an elbow-bump.“Maintain at least 1 metre (3 feet) distance between yourself and anyone who is coughing or sneezing,” said the World Health Organization.While coughing and sneezing are signs of COVID-19, “some spread might be possible before people show symptoms,” the CDC said. Washing one’s hands, having as little contact as possible with potentially infected surfaces, objects, or people, and not touching one’s face are some of the best practices to avoid getting sick.Before becoming president, Trump admitted he did not like shaking hands, and said in the Fox town hall “the concept wasn’t good.” In his 1997 Book, “Art of the Comeback,” Trump wrote that shaking hands was “one of the curses of American society,” later writing he washes his hands as much as possible.Friedrich Trump, President Trump’s grandfather, was one of over 50 million people who died in the 1918 flu pandemic. He was 49.Copyright © 2020, ABC Audio. All rights reserved.