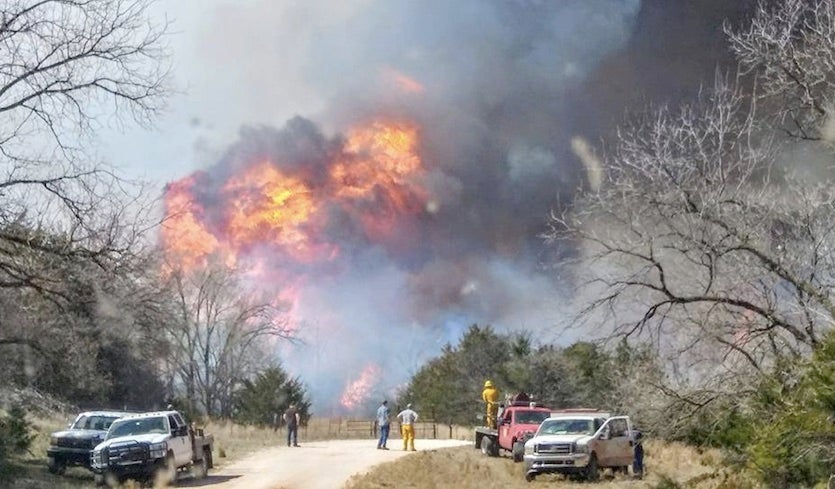 (Beaver, OK) People living in the Oklahoma Panhandle were forced to evacuate their homes Saturday because of a large wildfire that was fueled by the wind. Authorities said the wildfire started in Beaver County and first approached Beaver from the southwest, prompting authorities to urge people in Beaver and Forgan to evacuate.

Oklahoma Forestry Services officials said structures have been lost with damage assessment pending. As of yesterday, the fire is 50% contained and has consumed about 29,120 acres. According to the Oklahoma Forestry Services, crews from multiple agencies in Oklahoma, Texas and Kansas have worked together to battle the large wildfire and numerous other large fires in the area. Resources remained overnight and worked into Sunday “in unified command with numerous fire departments and agency personnel on this fire throughout the day.”