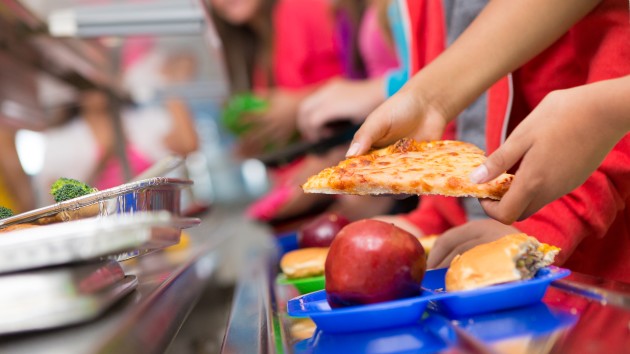 SDI Productions/iStock(OLYMPIA, Wash.) — Washington state students will soon have more access to free meals at school.Last week, the state’s senate passed legislation known as the “Hunger-Free Schools,” which would give schools federal funding for breakfast and lunch programs if it has a high percentage of students that meet the requirements of the Community Eligibility Provision (CEP). State Rep. Marcus Riccelli, who introduced the bill in the Washington House of Representatives, said several Washington schools have tried to qualify but weren’t successful. The bill would direct the Office of the Superintendent of Public Instruction to examine participation plans, determine which ones would qualify for CEP and require those schools to apply for the federal dollars.”We can utilize existing resources at the federal level to qualify more students for free breakfast and lunch so no child is lunch shamed or made to go without,” he said in a statement in February after the Washington House passed the bill.Riccelli says 15 Washington schools, including three in the Spokane area, his district, would receive the federal funding under the measure. About 7,200 students would receive the free meals, he said.The “Hunger-Free Schools” bill is one of many similar bills introduced in state legislatures that are aimed at combating lunch shaming in school cafeterias. Some school districts have instated policies that penalize and humiliate students who can’t pay for their meals, such as requiring them to do chores or prohibiting them from extracurricular activities.The U.S. Agriculture Department introduced a proposal that would restrict Supplemental Nutrition Assistance Program (SNAP) benefits, which would result in 982,000 students ineligible for free meals. That rule change is still pending. Copyright © 2020, ABC Audio. All rights reserved.

San Francisco 49ers not allowed to play in stadium for 3 weeks under new COVID-19 restrictions
Vanderbilt’s Sarah Fuller becomes the first woman to play in a Power 5 conference football game
Black Friday 2020: Tips on the best deals to look out for
New storm system to travel across the South this weekend
Michael Jordan donates $2M of proceeds from “The Last Dance” to food banks
Scientists, students demand action to keep Arecibo radio telescope operating