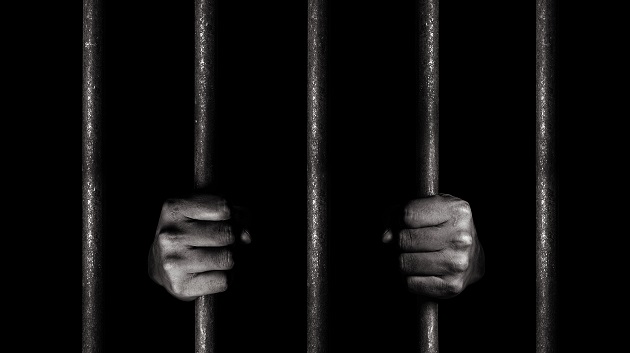 chaiyapruek2520/iStock(WASHINGTON) —  Amid concerns of the potentially devastating effects that an outbreak of the novel coronavirus could have within the walls of the nation’s prisons, Attorney General William Barr said Thursday that he has issued new recommendations to the Federal Bureau of Prisons to explore releasing certain at-risk prisoners to home confinement in order to reduce the overall prison population.In a press conference at the Justice Department — conducted via teleconference due to new social distancing protocols — Barr said that of the 146,000 inmates currently serving time in federal prison facilities, one third are believed to have pre-existing medical conditions and roughly 10,000 are over the age of 60 years old.”You want to make sure that our institutions don’t become petri dishes and it spreads rapidly through a particular institution,” Barr said on Thurday. “But we have the protocols that are designed to stop it and we are using all the tools we have to protect the inmates.”He added that “one of the those tools will be identifying vulnerable prisoners who would make more sense to allow to go home to finish their confinement.”Barr added that anyone who would be considered eligible for release to home confinement would have to quarantine themselves for 14 days.In a phone interview with ABC News following the press conference, Barr stressed that there would be significant limits on what would make prisoners eligible for release to home confinement, noting that they could not be convicted of violent crimes or sex offenses — which makes up roughly 40% of the over-60 population.”My main interest is making sure that they’re safe to the community and that the situation they’re going into is likely to be safer than staying where they are where they have ready access to doctors and we can keep them in isolation,” Barr said.The announcement comes after a number of staff and inmates in federal facilities in New York City, Atlanta and Louisiana have tested positive for the virus, leading to lockdowns of the prisons and some workers and prisoners put in isolation to try to attempt further spread.”I don’t want people to think we’re doing it out of panic because we feel we’ve lost control,” Barr said of the home confinement plan. ” We haven’t lost control but I’m still concerned that we keep each of these facilities from becoming vectors of infection.”Asked about the situations that have unfolded in prisons in Italy and Spain, where coronavirus outbreaks have resulted in some instances in prison riots and mass escapes by inmates, Barr told ABC News he doesn’t believe at this point that conditions in America’s federal prison system will similarly devolve.”I’m not as worried in the federal system, at least from what I’m seeing now,” Barr said. “I don’t want to be presumptuous and predict the future but I think the main thing is communication with the inmates and I think they’re communicating very well.”In response to some local and state prisons across the U.S. who have opted to release inmates in prisons and jails in large numbers, Barr said he was concerned about those using the coronavirus simply as a vehicle to de-populate prisons around the U.S.”I don’t think that people should make the blanket assumption that inmates are safer, per se, outside of facilities than in,” Barr said. “A lot of it depends on where they’re going. Frankly, someone in Otisville, New York in a low-security facility is probably better off than if he’s released home into New York City.”He said he remains opposed to any kind of “wholesale” or mass release of inmates from the country’s prisons.”Do you want to send a signal right now that you can get away with things?” Barr said. “Is there going to be a general break down in law and order in some place and I think the whole optic of, ‘Okay, well we’re not going to take any more prisoners,’ could contribute to that.”Copyright © 2020, ABC Audio. All rights reserved.